After a long period of rumors and presumptions, it was finally confirmed: Apple is preparing for a new big product launch, scheduled for October 16. The Cupertino-based company already sent the press invitations, featuring the “It’s been way too long” tagline.

Of course, no extra details were given, but we’re absolutely sure that the new devices which are about to be unveiled are the new generations of iPad Air and iPad mini, so we can easily call this an iPad event. 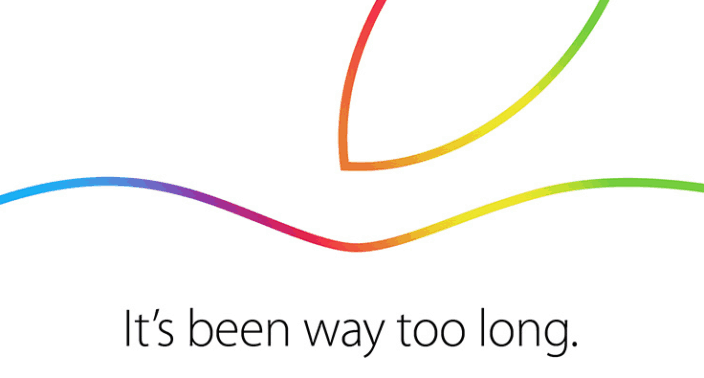 Besides the possible features, already covered in a previous article, both of them are expected to come with a set of new features, like the A8 chip, already seen in action on the iPhone 6 and 6 Plus and, a first for an iPad, the Touch ID fingerprint scanner. Also, Apple could introduce a new color for its tablets, and that’s gold, as it’s already very popular between iPhone users. Some sources were pointing to a bigger iPad too, measuring 12.9 inches, but there’s nothing about that for the moment. Personally, I think it’s less likely for this to happen.

Last year’s iPad event was also held in October, while the models were made available in November, so we expect Apple to follow the same pattern this year, in order to allow the new tablets to hit the stores just in time for some great Christmas presents.

Still, the two iPads are not the only devices expected to make a first appearance during the event. A new line of Macs should make its debut, alongside the final version of OS X Yosemite, launched as beta this summer. The new iMac is rumored to feature a 27″ Retina display, with a 5K resolution, while the new MacBook should come with a 12″ display, using the same Retina technology, according to 9to5Mac. There were also rumors about a new Mac mini, but there’s nothing about this for the moment.

Besides all this devices, which should be unveiled by Mr. Tim Cook, Apple’s CEO, we would like to hear more details about the 2015 iWatch, already presented during the iPhone launch event, Apple TV or Apple Pay.

For the moment, this is everything we know about the iPad event (because the new tablets will be the main attraction point), but stay tuned on our blog, as we will keep you updated, as soon as anything new comes up.

What would you like to see on October 16? Any specific device?