There are a lot of very interesting smartphones which are expected to make their debut this spring and the Huawei Ascend P8 is one of them. Unlike most models, which will be introduced during MWC 2015, the Chinese manufacturer’s flagship should be officially revealed on the 15th of April, in London.

Ready to compete with the big names

But this doesn’t mean that we don’t know a few details about it. If the specs sheet which we’re going to present today is based just on rumors, we have some clear shots of a prototype, allowing us to make an idea about how the Huawei Ascend P8 will look like. 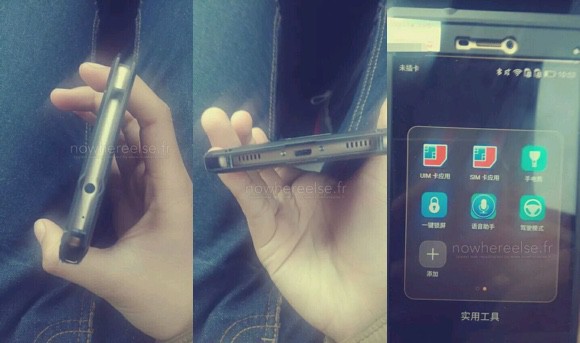 French site NoWhereElse posted a set of leaked photos showing the device in a special case, in order to hide its looks. Still, we can take a look at the top and bottom of the device, which reveal the dual speakers, charging port and headphone jack. Also, the phone will come with an aluminum body, following the latest trend.

As for the specs, the Huawei Ascend P8 will come with a 5.2″ display and a full HD resolution of 1080 x 1920 pixels. Yes, no QHD, as the manufacturer insisted that they don’t want to waste battery life at this point, according to the above-mentioned source.

Also, under the hood we will find a Kirin 930 chipset, with a quad-core CPU, clocked at 2.0 GHz, alongside 3 GB of RAM and 64 GB of internal storage. The rear camera should have a 13 MP sensor, teaming up with the 8 MP front-facing unit. Last but not least, the operating system should be Android 5.0 Lollipop, customized with Huawei’s Color OS interface.

What do you think about the Huawei Ascend P8? Would you consider it, alongside other flagships, if you were to buy a new smartphone?