As Apple Watch is getting closer with each day, we expect to see a lot of manufacturers making efforts to prove that their devices are actually better, but for the moment, the only ones able to compete with it are Android Wear-powered models.

More than just watches from now on

Still, this won’t stay like this for a long time, as one of the biggest name in the timepiece industry is preparing to join the game. To be more specific, we expect to see a Swatch smartwatch in a few months. 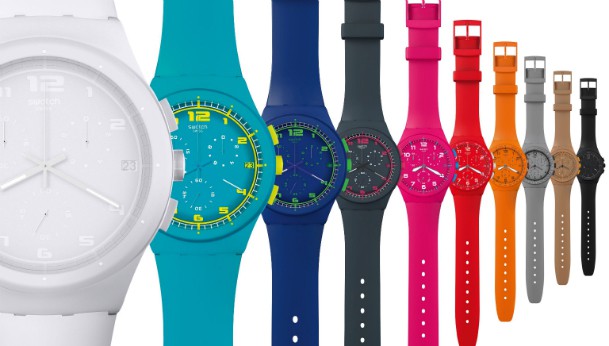 Yes, the Swiss company will tray to add some technology to their amazing watches and man, we’re curious to see what they’re up to. Considering their experience in designing time pieces, it is obvious that the Swatch smartwatch will have a head start in terms of design, as stated by the guys over TechRadar.

The same source mentions that the biggest attraction point of the wearable will be the battery, as it “will communicate with the internet without having to be charged”. You heard that, Apple?

Besides this, the Swatch smartwatch will also be able to handle mobile payments and apps compatible with Windows and Android. Also, it will include a communication function, about which we don’t know anything yet, but we doubt that it has something to do with a GSM slot.

The wearable is expected to make its debut in the next two or three months, according to a company representative, but for the moment, we don’t know an exact date or a price. But since MWC 2015 is coming, we don’t exclude the possibility of finding our more details during the show.

Any first thoughts on this? Would you buy this Swatch smartwatch, even though it’s made by a brand with 0 experience in tech?