Like you must have noticed, Chinese manufacturers are making a name for themselves by releasing very accessible handsets, with a surprisingly good build quality. By far, the most impressive models are made by Xiaomi, a manufacturer which is getting ready to introduce a new smartphones, especially designed for those with small budgets.

Even though the name wasn’t made official, we do have a phone with the device, thanks to the guys from Gizmo China, as they spotted it on Chinese social media site, Weibo. 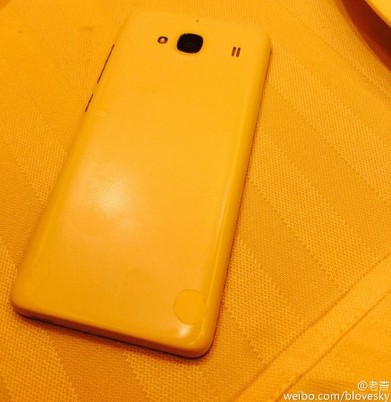 According to some previous rumors, Xiaomi was supposed to launch the ultimate budget smartphone, with a price tag of around $65, but the above presented model will apparently cost a bit more, maybe somewhere around $100. Still, it will definitely feature a very pocket-friendly price tag, like the manufacturer used us.

As for the specs, they will be pretty basic. To be more specific, this Xiaomi budget smartphone will be powered by a Lead Core LCI LC 1860C chipset, made using a 28nm manufacturing process and featuring four Cortex-A7 cores. A Mali T628 GPU will be in charge of the graphics, while 1 GB of RAM will make sure that – hopefully – you won’t deal with any lag. It will also come with 8 GB of internal memory, expandable using a microSD card.

Moving on, the handset is also supposed to have a 13 MP camera on the back, while the selfie department will be represented by a 2 MP sensor. Last but not least, Xiaomi’s upcoming budget smartphone will also offer 4G LTE and will be running on Android 4.4.4 KitKat.

Considering how well their previous devices, which are available at way bigger prices, were received by developing markets and not only, there’s no doubt that this future model will also be a success for Xiaomi.

Any thoughts on this? Would you buy this phone?