You are here: GeekSays Technology News » Android » The first Asus smartwatch, to be introduced at IFA 2014!

Another brand is teasing us about what they’re preparing to introduce at this fall’s biggest tech event. If until now we heard rumors mostly about smartphones and tablets, today we found out that a new Asus smartwatch is also going to be unveiled. So, the second member to join the Android Wear family at the show, alongside the LG G Watch 2. 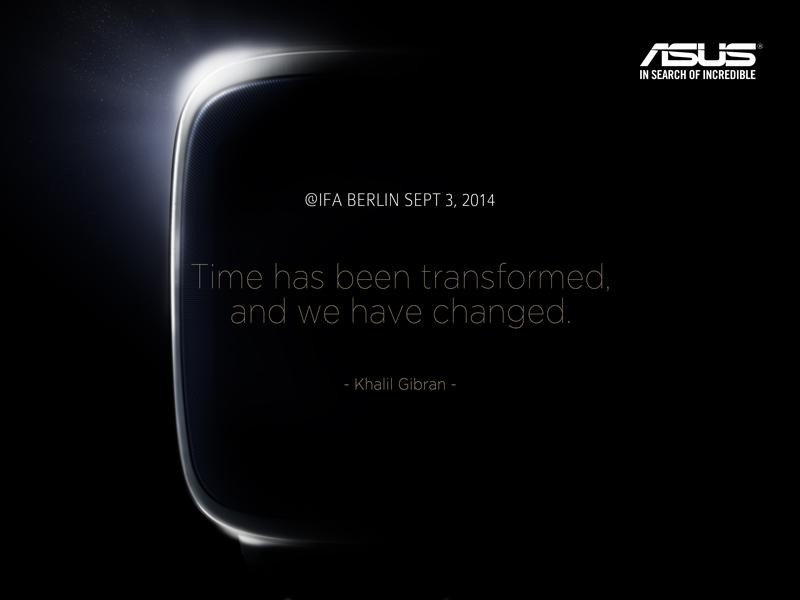 The company’s CEO, Mr. Jerry Shen just tweeted a teaser image with a quote saying “Time has been transformed and we have changed”, placed over a shape clearly resembling a watch. So…Asus, time, watch? Without a doubt, it’s a certainty that on September 3 we’re going to see an Asus smartwatch, the first from the company’s line up.

We’re really curious to see if the software is going to be a bit different from what we saw until now. Also, it will be interesting to see how much it will cost, since until now, the yet unannounced Moto 360 seems to be the most expensive, with, according to BestBuy, a price tag of $250.

This is all for the moment, but stay tuned, as we will cover every important release from IFA 2014 Berlin. Until then, what do you think about this? Would you buy an Asus smartwatch?