A very interesting news piece just hit the shelves this morning. According to the latest reports, it seems like the Apple Watch sensors may actually interfere with the tattoos that some people have on their hands.

With this factor in mind, people from all around the world with full sleeve tattoos have mentioned that the heart rate sensor shows some crazy results when it interacts with the skin contact region. Together with this, the watch also cannot tell when it is touching skin or not, so users often find themselves unable to receive notifications, while also being prompted to re-enter their passwords. 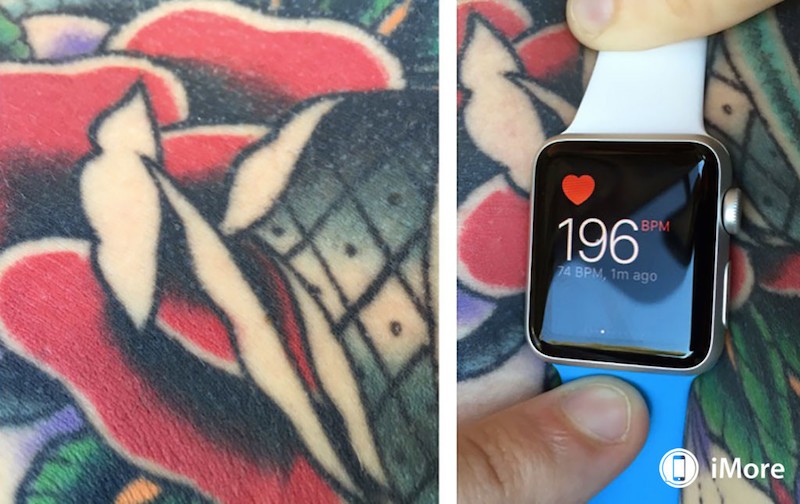 Since a Reddit thread was posted on Tuesday, it has received more than 700 hundred upvotes, which means that a large number of people actually have to deal with this issue. A  user even said that:

“So I thought my shiny new 42mm SS watch had a bad wrist detector sensor,” writes Reddit user guinne55fan. “The watch would lock up every time the screen went dark and prompted me for my password. I wouldn’t receive notifications. I couldn’t figure out why especially since the watch was definitely not losing contact with my skin. also I couldn’t find anything online with people experiencing this issue. I was about to give up and call Apple tomorrow when I decided to try holding it against my hand (my left arm is sleeved and where I wear my watch is tattooed as well) and it worked. My hand isn’t tattooed and the Watch stayed unlocked. Once I put it back on the area that is tattooed with black ink the watch would automatically lock again.”

Based on everything that has been outlined so far, what do you personally think about the Apple Watch interacting with their user’s tattoos? Let us know your thoughts in the comments section below.