You are here: GeekSays Technology News » Android » The all new Dell Venue 10 7000 is powerful and loud!

In a world full of tablets with basically the same shape, there are a few manufacturers daring to be different. One of them is the Dell Venue 10 7000, which ignored the classic form factor and opted for one of the mos interesting designs we’ve seen lately!

Intel Inside. Oh, and a lot of pixels!

To be more specific, it comes with the manufacturer likes to call a “barrel hinge”, making it perfect for one-hand use. Also, they’re housing a pretty serious speaker duo, pumped up by the Waves Maxx Audio Technology. And, according to Mashable, they’re really loud, able to replace even a stand alone Bluetooth speaker. 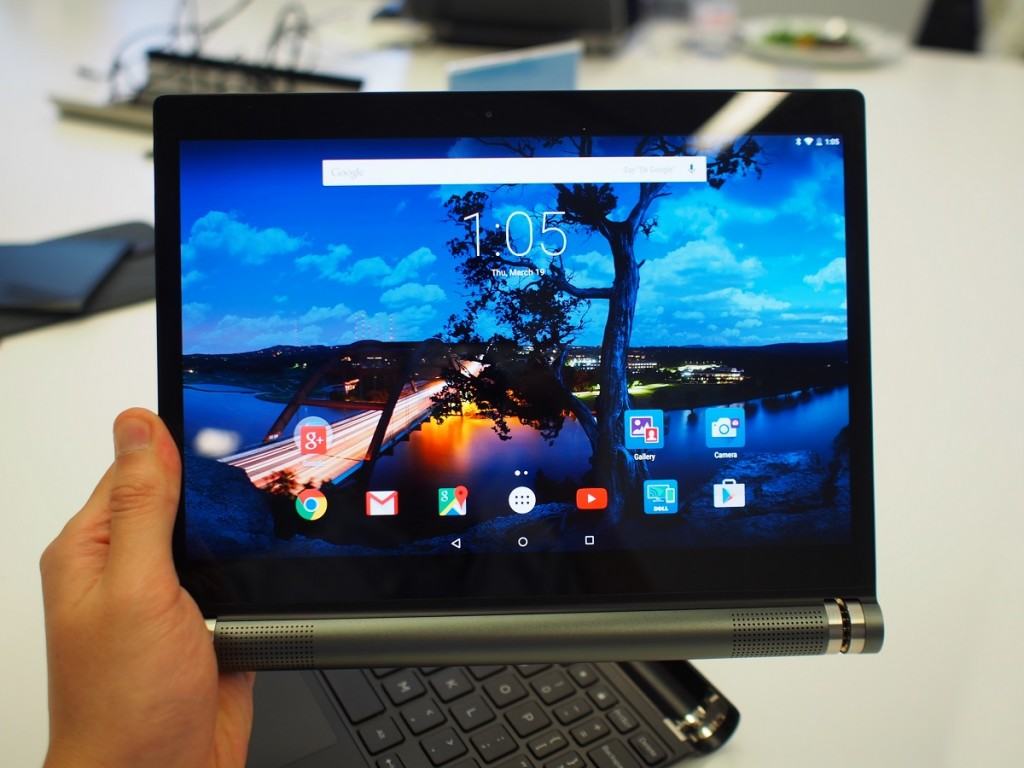 Spec-wise, the Dell Venue 10 7000 comes with some pretty serious horsepower, hiding under the hood an Intel Atom Z3580 processor, with four cores, configurable up to 2.3 GHz and aided by 2 GB of RAM. It comes in two storage variants, 16 or 32 GB, but the latter is available just in the U.S. or Canada, as stated by the above-mentioned source. Still, there’s no need to worry about this, as the microSD card slot is present too and supports cards up to 512 GB.

Another things that really made us say ‘wow’ is the display of the tablet. Measuring 10.5 inches, the OLD panel features a WQXGA resolution of 2560 x 1600 pixels, being surround by some thick really thick bezels, in nowadays’ standards. But we can live with it.

On the back of the Dell Venue 10 7000 we can find a 8 MP Intel RealSense Snapshot Depth Camera, consisting in three sensors. It’s the same setup seen on the smaller Venue 8 7000 and it allows you to take a snapshot the readjust the focus. Finally, on the front, the manufacturer opted for a less spectacular 2 MP camera. It does the job, though.

Finally, we should mention the 7000 mAh battery too, which is able to provide up to 15 hours of continuous usage.