You are here: GeekSays Technology News » Jailbreak News » What is Taig and Why It Comes with Evasi0n7 Jailbreak

A day before the release of evasi0n7 jailbreak in public, no one was actually aware of the perks it will feature. Especially jailbreakers in China, evad3rs strike a deal with Chinese company to put Cydia aside on their devices in China using all-new evasi0n7 jailbreak tool. 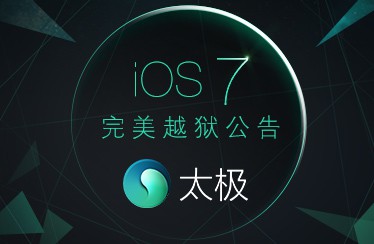 Since the launch of evasi0n7 jailbreak tool, we heard lot of things coming out from the jailbreaking community against evad3rs and their deal with Taig company. After spending 20 hours and more in learning about the deal and their relationship with Chinese company, we are now sure about several things to confirm all of you.

No doubts, in the recent hours you have listened several things about evad3rs, and the new jailbreak tool. Well, there are lots of things going on at the moment, and one without proper knowledge cannot understand the threats and issues. I am starting with Taig (Chinese App Store) partnership with evad3rs.

What is Taig & Why Evad3rs replaced Cydia over Taig for Chinese users?

The question is not simple as it sounds. Taig is a Chinese App Store that makes it way to thousand of devices later last night in China. The real story of Taig App Store, is it’s a pirated App Store that inks deal with Evad3rs to promote them and they will stop seeding pirated apps.

We learned that Taig company contracted with evad3rs, and offered them 6-digits to include them in their jailbreak tool. The company also promised the team that they will remove all the pirated apps from their store – but it looks like Taig is not fulfilling their terms.

One of the interesting thing we learned about evasi0n7 jailbreak tool is it only installs Taig App Store on Chinese devices, or the devices that are using Chinese dictionary as main dictionary.

We have noticed that many developers, and hackers claimed that Taig silently upload user’s data on their server, and as well as still offering cracked applications to users.

What Chinese Have To Do With Evasi0n7 Jailbreak Tool?

The team has inked a deal with Chinese pirated app store to minimize the piracy of applications and Cydia tweaks. The initial contract was to shut down the piracy in the store for Chinese users, but sadly things don’t appear to be working in the way they predicted.