After Apple introduced the luxury version of their smartwatch, it was just a matter of time until an Android Wear-based premium smartwatch was announced. And since everybody knows that some of the best watches are Swiss-made, there’s no wonder that Tag Heuer teamed up with Google and Intel, in order to release the first luxury Android Wear smartwatch.

If you can’t beat them, join ’em

According to Engadget, Tag Heuer was planning to make a wearable for some time, but they decided that they can work with Google, in order to obtain even better results. Also, Intel joined the team, in order to help them build the hardware that will power the smartwatch. Basically, an Intel-made wearable, with Google’s software and the stylish look of a Tag Heuer wrist watch. Ok guys, you have our attention. 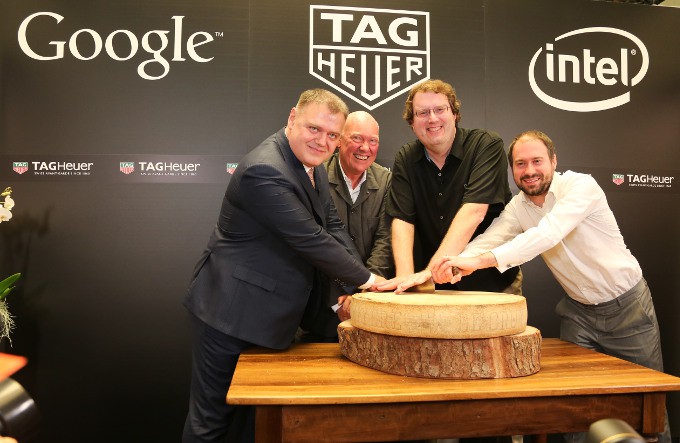 The same source mentions that Jean-Claude Biver, head of watches for LVMH, which owns Tag Heuer, wanted to work with Google and Intel, instead of picking another manufacturer, as they don’t have a watch on their own. By this, they will be 100% in charge with designing the wearable.

The smartwatch is expected to make its debut at the end of the year, while other details like the specs or any other features are still unavailable for the public, even though they are already known.

It won’t come for cheap

As for the price, don’t expect it to be cheap, since it was already announced as a luxury smartwatch. And after all, it’s made by Tag Heuer, whose products are far from being affordable. Anyway, we expect a very well built wearable, which will definitely differentiate itself from the rest of the similar devices on the market.

What do you think about this idea? Will a Tag Heuer smartwatch will be a success or just an exclusive accessory?