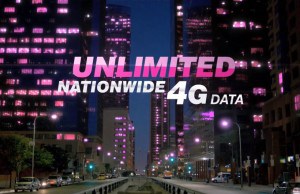 From a business perspective, T-Mobile’s recent tactics seem downright insane. From a consumer’s perspective, they make a lot of sense. Therein lies the point.

More than ever, the third-place U.S. carrier seems intent on leapfrogging at least one half of the AT&T/Verizon “duopoly.”

To prove it, the company’s latest “Un-Carrier” gambit involves offering free phones, free service, and free music streaming as a way to entice new customers to come over to the light side. At Wednesday evening’s event at the Paramount Theater in Seattle, CEO John Legere announced that T-Mobile will be (temporarily) giving away iPhone 5Ses and free service for a week as part of its Test Drive promotion, which begins Monday.

“It’s about transforming an outdated industry,” Legere explained during his announcement. “If the other guys do what we’re doing, I don’t give a shit. I’ll celebrate because we changed the industry.”

As part of the company’s new deals, anyone can sign up for a “Test Drive” on T-Mobile’s web site starting Monday. The process involves entering a credit card number, but Legere said cards wouldn’t be charged or used to pay a deposit to get a loaner phone. Once signed up, customers would be shipped an iPhone 5S to use free of charge for a week, just as long as they return the phone to a T-Mobile store after seven days.

T-Mobile also announced that music streaming from several services will not count against monthly data caps. Any music streamed from Pandora, Spotify, iTunes Radio, iHeartRadio, Rhapsody, Slacker, Milk Music, and Beatport will not count against users’ data plans. According to T-Mobile, those services represent 85 percent of music streams in the U.S., but a few popular services—Beats Music, Rdio, and Google Play Music—are not part of the protected data plan. Through its site, T-Mobile will let users vote on the next service to be part of the “Music Freedom” mix.

“Even when you exhaust your data bucket, you can stream your music at high speed,” said Sievert. “Our network can handle it. Streaming music is a showcase of what makes T-Mobile different.”