You are here: GeekSays Technology News » Smartwatch News » Swatch Bellamy is here to help you with your payments

Swiss watch manufacturer Swatch has already integrated technology in some of its timepieces, as a few months ago, they introduced their first smartwatch. Still, they’re not stopping here, as they’ve just announced Swatch Bellamy, a new NFC-enabled watch, perfect for making payments and launched in partnership with China Union Pay Co.

No, it’s not a smartwatch!

According to VentureBeat, the watch will initially be available in China, starting with January, followed by the U.S. and Switzerland. There aren’t any details about its availability in other countries, but it’s very likely to see it in at least some European countries. 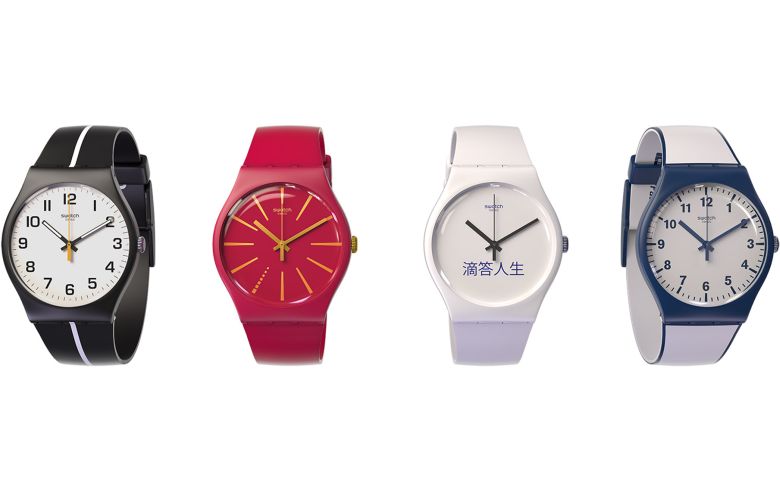 The Swatch Bellamy is available in four different color variants and thanks to the integrated NFC chip, it allows people “to pay for purchases in shops and stores around the country,” said the manufacturer in an official statement.

Also, they wanted to make one thing clear: this is, by no means, a smartwatch, since it doesn’t have a touchscreen display, Internet connectivity, Bluetooth or a Qualcomm chip. In other words, we can easily call it a “dumbwatch with NFC”.

Currently, the names and number of the retailers that will accept payments made using the Swatch Bellamy weren’t announced, but a list should be made public after January 2016, when the wearable will make its official debut. The manufacturer collaborated with the Bank of Communications and also UnionPay, in order to make the payment system widely available.

Swatch Bellamy will have a very pocket friendly price tag, of just $90 and it’s expected to allow users to make payments in multiple shops and stores.

It’s very curious to see how the market will receive a product with just one ‘smart’ feature and, also, if Swatch will release another real smartwatch this year, as previously rumored, earlier this year.