While everybody seems to be focusing on the Moto 360 or the LG G Watch R, another smartwatch makes its debut: Sony Smartwatch 3. After a month since it was officially launched, it is finally available in the Google Play Store, only for clients in the United States. Why? Don’t ask us, but you know what they say, better late then never! 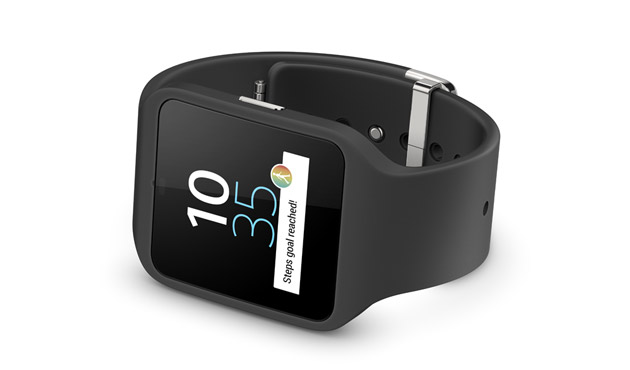 For $250 you will get what can be easily considered the best smartwatch for fitness. Yes, Sony SmartWatch 3 has a couple of features that make it the ideal companion for all you active tech fans out there!

First of all, it comes with the IP68 certification, meaning that you can use it underwater, but don’t think about taking it for a swim, as its time is limited. On the other side, it can make it through a running session in the rain. The built in GPS is one of the major advantages, since it can be used for tracking your workout sessions without needing to be paired with a smartphone, according to Android Central.

Another reason why this Android Wear device can be considered the best smartwatch for fitness, is the material used for making it. Let’s be serious, leather or metal are not the best options for such activities, so the Sony SmartWatch 3’s rubber body is just perfect.

Is it worth the money? Definitely!

As for the price, it’s on the same par as the Moto 360, but with 50$ more expensive than the other main squared smartwatches on the market, like the Samsung Gear Live of LG G Watch, but after all, its features are worth the difference. Like mentioned above, for the moment only clients from the US can get Sony’s device around their wrists, but we’re sure that it will hit more markets soon.

What do you think, is the Sony SmartWatch 3 the best smartwatch for fitness? Would you buy it?