You definitely know about Glass, Google’s ambitious project which wanted to make augmented reality a part of our lives. Yes, it wanted, as right now it’s considered as a fail and we don’t know if they’re going to focus on it no more.

Learning from others’ mistakes

But this doesn’t mean that we won’t see any similar products, as the Sony’s SmartEyeglass project wants to prove! 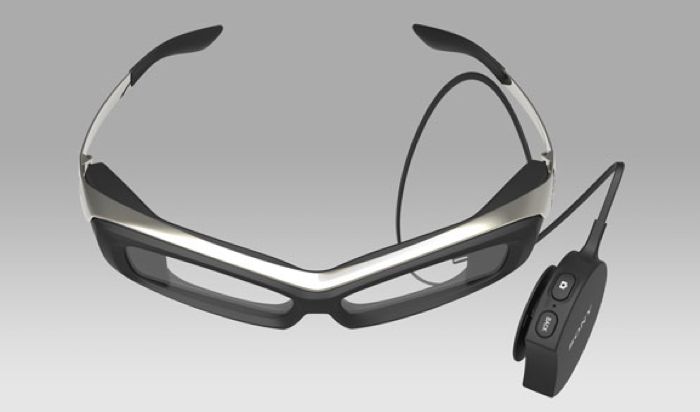 These Japanese manufacturer moved quicker than we thought and the Developer Edition is already available for pre-ordering. If you’re from the U.K. or Germany, you can get your own set of Sony SmartEyeglass at about $840 right now, according to PC Mag.

Eight more countries, like the U.S., Japan, France, Italy, Spain, Belgium, Netherlands and Sweden, are also on the waiting list, as the kit will be available next month in these locations.

Ok, but what makes Sony’s SmartEyeglass so special? First of all, it’s using a holographic wavelength technology, so the user will see directly through the 3mm lenses, unlike Google Glass, which was using a small glass cube, obstructing the user’s vision, in some way or another.

As for the rest of the features, it will be equipped with a 3 MP camera, electronic compass, and a brightness sensor. Of course, by connecting the headset to your phone, you will also be able to used the GPS.

In the package, you will also receive a circular controller which can be clipped onto your clothes, incorporating the battery, microphone, speaker, NFC and a touch sensor.

For the moment, there aren’t many apps available for Sony SmartEyeglass, but we should see a few nice ones soon. Developers will have access to social apps and Gmail, calendar and voice control if they’re going to buy the kit though.

So, any first thoughts about Sony’s augmented reality kit? Would you buy the Developer Kit?