We are expecting a new series of iPhone in 2015. The last series was iPhone 6 which saw a great success and now it is to see that how successful this iPhone 7 is going to be. iPhone 6 was really a good smartphone but the disappointing thing is that there was no revolution in the design and specification. Apple has kept the iPhone 7 secret so it is a big question that whether this new iPhone will be an upgradation of its predecessor or some new revolution is waiting for us. 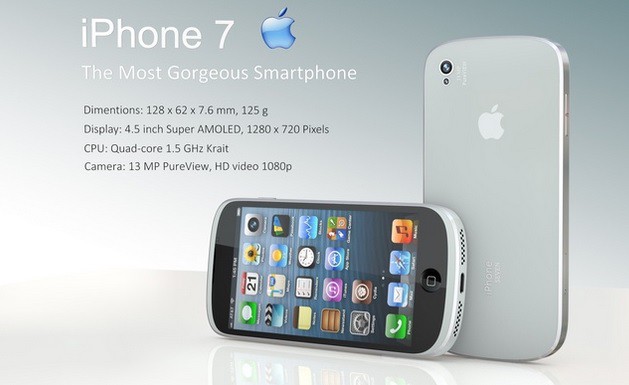 But it is rumored that there are some new features that Apple may include in its new series. These are:

There is a buzz that Apple will increase the internal storage capacity to 256 GB which is much higher. Also they are going to offer some high definition content that can be stored in the phone. The reason is that some newly produced application required much more storage than earlier applications.

A report was released saying that Apple is working hard on its iPhone 7 chipset. So we are expecting that iPhone 7 will bring some surprises as it may incorporate A9 processor for a speedy processing and fast performance.

Samsung showed great improvement in display but Apple lagged in this case. But most probably this iPhone 7 is going to be the first Apple product with HD display and QHD phablets.

Apple will be fitting the digital signal lens reflex technology in its camera and the rear camera will have a mega pixel of 21. So it is easily understood that the camera will show a great improvement.

We might expect the RAM to be double in iPhone 7. iPhone 6 came with 1GB RAM. So there will be 2GB of RAM in the new version.