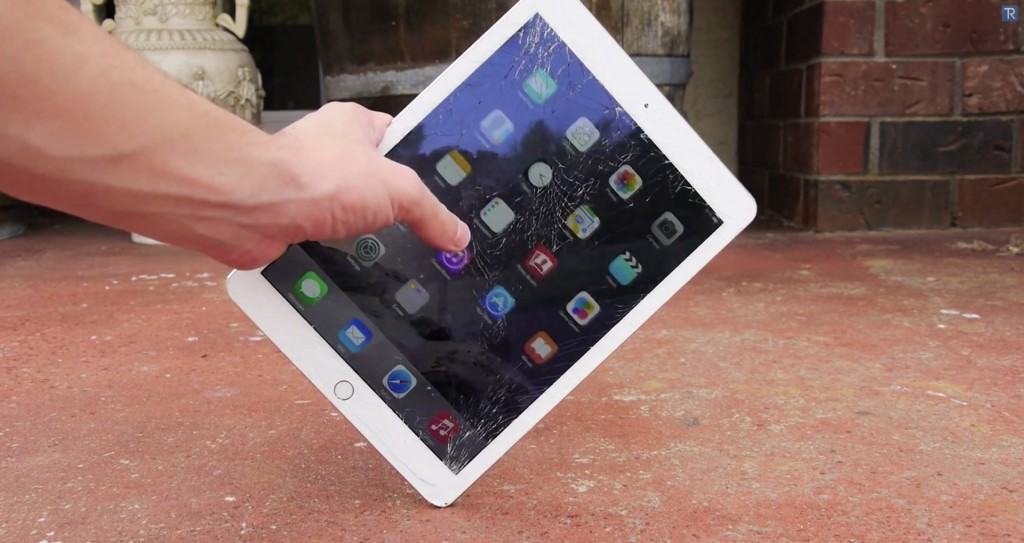 A very interesting trend in today’s society refers to the fact that no tech product can be considered successful as long as a drop test isn’t performed. With this in mind, just a little bit after the iPad Air 2 was officially released, different drop tests started appearing on the web.

A YouTouber known by the name of TechRax was the first one to actually take the iPad Air 2 on a test and show us how it stands up when compared to other mobile devices made by Apple when it comes down to being dropped from different angles.

Well, the results were both expected, but also surprising. If this may seem like a contradiction, while the screen may have cracked and a large number of scratches did appear on the device, the screen and the iPad itself continued to work just fine which is a factor for which we should give Apple props.

With a slightly modified design and atomic specs, the iPad Air 2 represents the fastest tablet on the market at this moment and definitely the one that you should buy if you’re considering an upgrade or the purchase of a new tablet computer.

What did you personally make of the drop test? Do you find them as painful to watch as I do?