There were a lot of rumors regarding Samsung’s first round smartwatch over the past few months and what seemed to be an ambitious project will finally materialize into an actual wearable. The South Korean manufacturer made the announcement through a press release, inviting developers to start thinking about apps for the Samsung Gear A, as the SDK was made available.

Of course, the press release doesn’t mention anything about a round smartwatch, but that’s not pretty hard to tell. I mean, just take a look at the teaser Samsung posted… Yep, it’s finally happening! After releasing just squared smartwatches, their first round one will make its debut soon! 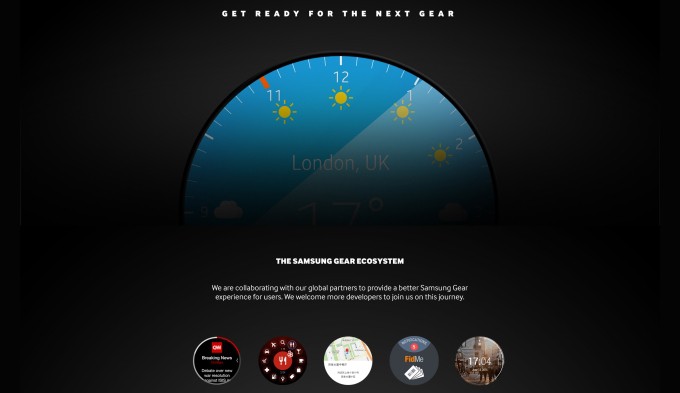 Like expected, the Samsung Gear A will be based on Tizen, like most of the Gear devices, suggesting that Samsung is slowly moving away from Android. Also, it will come with a couple of apps, as the manufacturer teamed up with names like CNN or Yelp.

Still, this is just the beginning as releasing the SDK early is a very interesting move. Apple did it too, in order to make sure that early adopters will have access to a large suite of apps when Apple Watch was launched and it turned out as a great idea.

Now that’s some power for a smartwatch!

Spec-wise, the Samsung Gear A is rumored to have an Exynos 7420 chipset at the core, but tuned down in such way that it doesn’t affect battery life that much. Also, a 3G version of the watch, with voice capabilities is expected.

As for the design, there are some rumors about a circle surrounding the display, which can be turned in order to control the apps, alongside a crown-like power button, similar to the one seen on the Apple Watch.

So, anybody around here looking forward to getting his or her hands on the Samsung Gear A?