As we’re getting closer to the launch event scheduled for September 9, more and more details about Apple’s new line of smartphones keep appearing. If over the last days we found out very interesting details about the phone’s specs, today we have something which will definitely make a lot of ladies happy: they will be able to buy a Rose Gold iPhone.

Until now, Apple offered it’s phones in Space Gray, Silver and Gold, but the rumors about a Rose Gold iPhone started spreading ever since the Apple Watch was announced to be available in this color.

This one doesn’t have gold it it, though

The thing is that unlike the smartwatch, which is made out of real gold, therefore sporting a ridiculous price, reaching even $17,000, the Rose Gold iPhone 6S and 6S Plus will have the same prices as last year’s models. 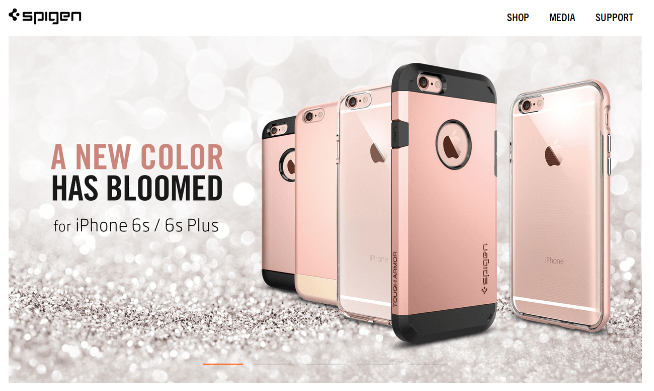 Even though Apple didn’t confirmed the color yet, it was case manufacturer Spigen that confirmed this. They published a teaser image, alongside a text reading “A New Color Has Bloomed for iPhone 6S/6S Plus”, presenting various case models.

Like Spigen used us, the cases look very well built, being available in various models, offering top protection and adding more or less bulk to the phones, depending on your option.

No plastic iPhone this year

According to Phone Arena, Spigen also posted a list of cases for both the iPhone 6S and 6S Plus, but nothing for the iPhone 6C. A lot of source were claiming that Apple was also planning to reveal a new cheap iPhone this year, with a plastic back, but Spigen’s list infirms it.

It is well known that most of the well known case manufacturers introduce their new models a few days/weeks before the official revealing of a flagship model, giving us final hints about the design.

So there you have it folks, the Rose Gold iPhone is finally going to hit the market. If you’re thinking about a great Christmas gift for your missus, this could be an option to consider.