You are here: GeekSays Technology News » How To » iOS Tutorials » Record iPhone Screen with Jailbreak with AirShou on iOS 10 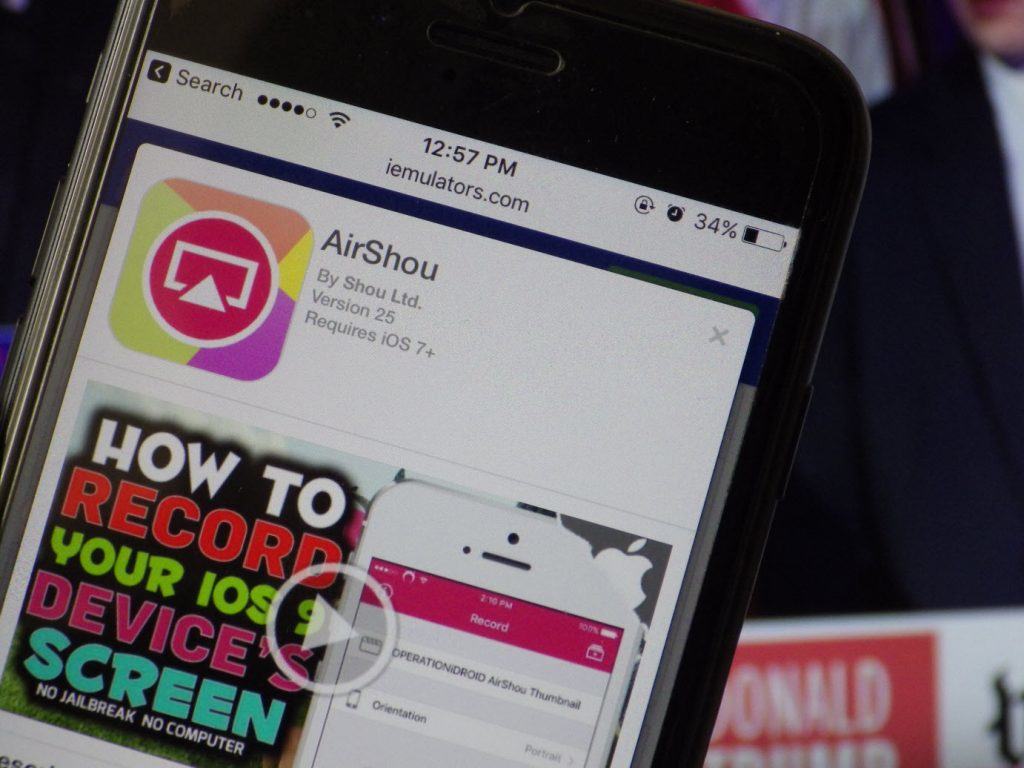 Apple has always made it difficult for its users to record iPhone screen.  It doesn’t generally support any kind of iPhone screen recording software or screencast and pulls away any such apps if they reach App Store.  The most you can do is use QuickTime on Mac and that’s all.  Apple’s iOS software is particularly hostile to iPhone screen recorder apps.

Shou.tv is a community of gamers on iOS and Android operating system platforms.  They broadcast and host their gameplay on Shou.tv and use AirShou as a choice iPhone screen recorder.  If you have experience of using ReplayKit for iOS 9, you will find AirShou very similar.  They function almost similarly but ReplayKit had some shortcomings which have been covered by AirShou. 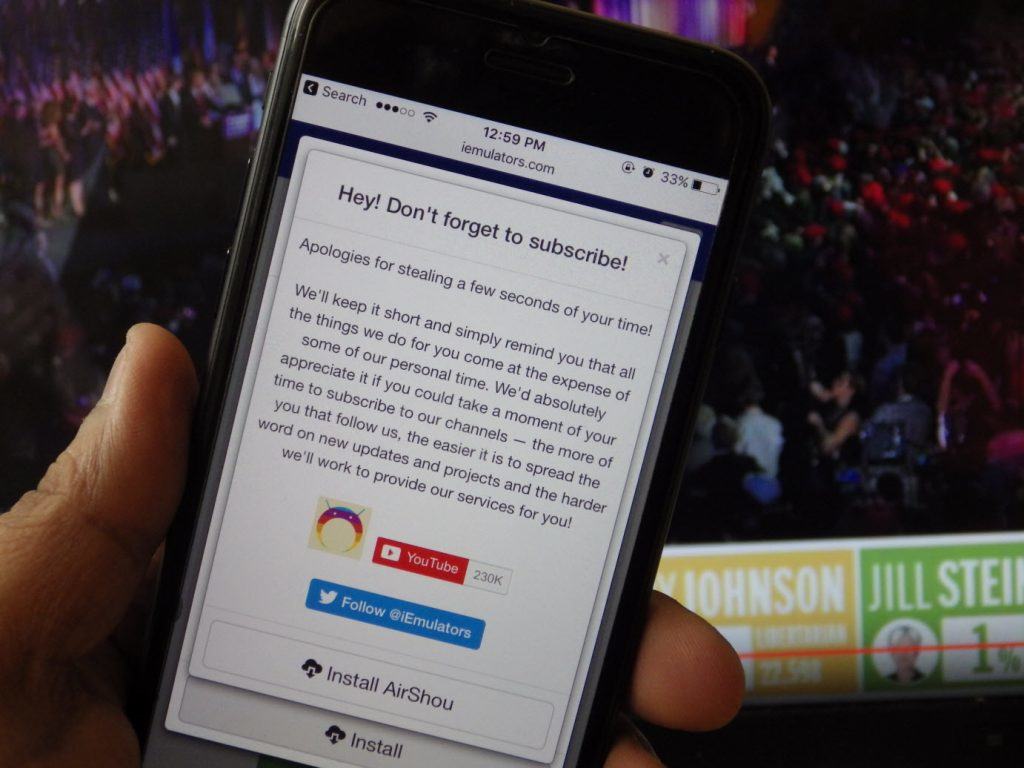 The AirShou iPhone screen recorder is far better than average apps that can record iPhone screen without Jailbreak.  This is because AirShou works with almost all the games.  It can not only record iPhone home screens but also other apps whether they are games or not.  If you record a gameplay, you can share it quickly using Shou TV.  This is similar to YouTube gaming and Twitch.  On the other hand, if you record your desktop or an ordinary iPhone screen, you can save it to the Camera Roll instead.

How to Install AirShou: The iPhone Screen Recorder app

AirShou app is hosted by iEmulators and you can install it for free to record iPhone screen without Jailbreak. 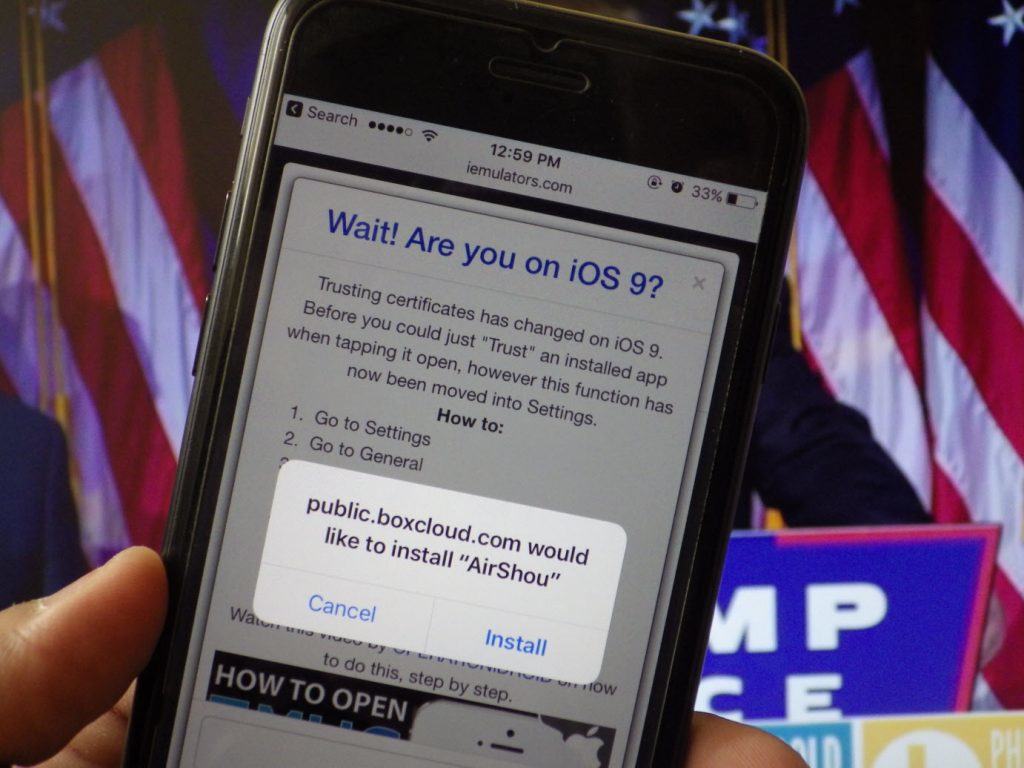 Step 1: Open Safari and go to iEmulators to get AirShou.

Step 2: Find AirShou and tap ‘Install’ and wait for the installation to complete.

Step 4: From the list of apps there, find the ones related to AirShou and tap Trust.

With iOS 9 update, Apple had imposed some new restrictions and that is why you need to trust any third-party apps when you download and install them.  You can open them only if you trust them.

Use AirShou to record iPhone screen without Jailbreak

AirShou for iOS 10 is updated with support for more iOS 10 variants. The developer behind AirShou has update its core to start supporting iOS 10.2+ running devices. With iOS 10.2 jailbreak already available for iPhone and iPad devices, it is now possible for you to get AirShou with Jailbreak as well. There are plenty of ways to install AirShou on latest iOS 10 firmware. We have outlined the best method to get AirShou.