You are here: GeekSays Technology News » General » How To Quickly Dismiss Notification Banners On iOS 7

There are no doubts that notifications are extremely useful and useless, depending totally on different situations. User love to get notified about new and latest things happening around them, therefore, today we have push notifications in our devices. However, but sometimes we do not want things come out or at least do not disturb us while we are heading towards something on our devices. 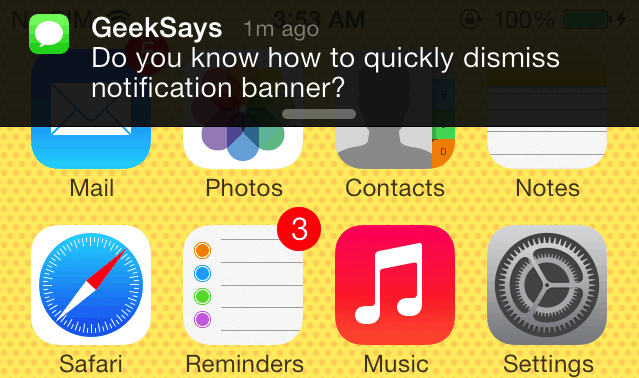 Yes, we are talking about the notification banners in iOS that come from top of the screen. Apple has introduced iOS 7 recently in public, and it got its own perks for users. iOS 7 carries a brand-new layout including several new gestures and options for iOS users. A large numbers of user are not aware of this all-new gestures and options in the new iOS 7.

Apple has baked new iOS 7 notification system with not handful of new gestures, but at least with such gestures that can ease your stay on iOS running devices. The all-new iOS 7 allow users to, instantly dismiss notifications on their devices. Yes! Apple has finally thought to include something that was previously available to jailbreak users only.

How To Quickly Dismiss Banner Notification In iOS 7:

Step 1: Just swipe up the notification! 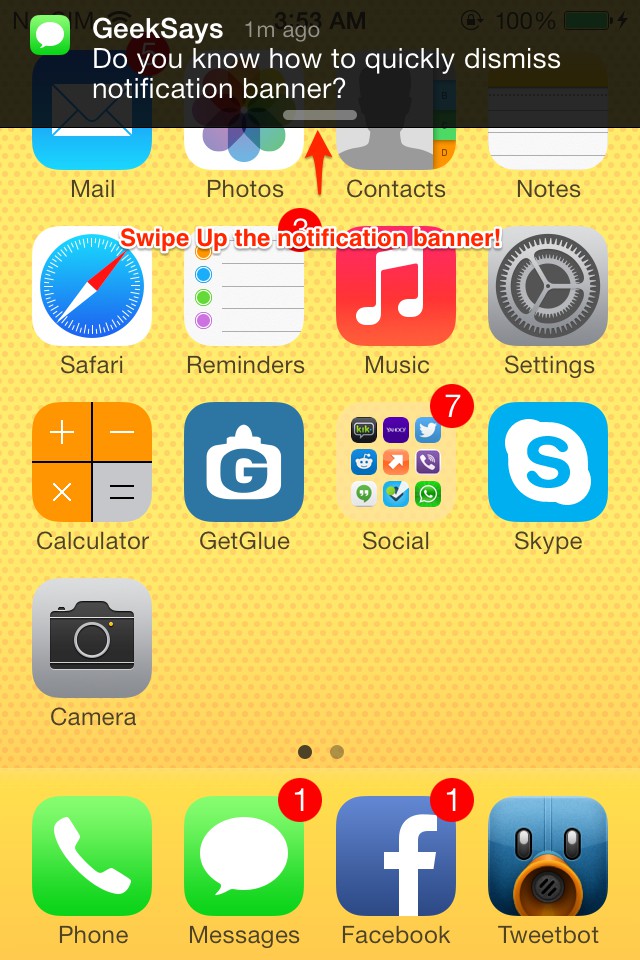 That is all. There is nothing special in it. It totally depends on you whether you want it to stay for longer on your screen or you want to get rid of it instantly. It is a new gesture Apple introduced for iOS users in iOS 7.