You are here: GeekSays Technology News » Android » Premium LG G Watch 2, to be announced at IFA 2014!

A few days ago, we were talking about Samsung’s accelerate wearable releasing rhythm and it seems that another big manufacturer was aware of those talks, so they thought a nobody would mind if they’re planning a new one too.

According to the latest rumors, IFA 2014 could bring us the LG G Watch 2, just two months after the South Korean manufacturer released the first version, powered by Android Wear.

The new smartwatch will include a Qualcomm CPU and it’s already into development, as the manufacturer wants it to be ready for the show, which is scheduled to start in about two weeks. 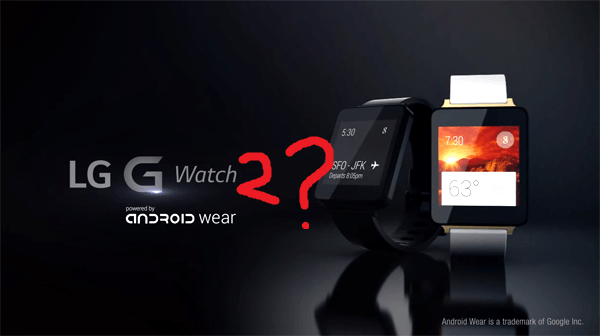 The information that the LG G Watch 2 is going to be unveiled comes from one of the company’s spokesmen. It seems that LG wants to build a more premium device, in order to be able to compete with an eventual release from Apple. Still, when it comes to the iWatch, we’re like Jon Snow: we know nothing.

We expect this new smartwatch to have a more LG feeling, as their previous one was the first watch on the market to run Google’s operating system, so they could deliver something more personal.

As for the date when it will hit the shelves, our money goes on October, when Apple’s presumed smartwatch could also be introduced.

What do you guys think, is this too early? Are you interested in an LG G Watch 2?