The iPhone is an awesome smartphone: It has a very fast processor, a sharp design and an enormous App Store. However, a lot of people criticize Apple for not producing a bigger iPhone. While Samsung, HTC and Sony were trying to produce bigger phone screens to satisfy their audience with a better resolution and a great experience in watching movies and playing games, Apple was satisfied with its 4-inch iPhone 5 and 5S.

But things had to change, and that’s what Apple realized: People do love bigger screens.

That’s why Apple is working now on the iPhone 6 bearing in mind that it has to be significantly bigger than the iPhone 5S.

A couple of new photos have been posted to Twitter by SonnyDickson. The new images depict the 4.7″ and 5.5″ iPhone 6 side by side — both front and back. 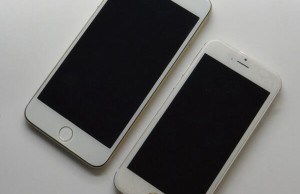 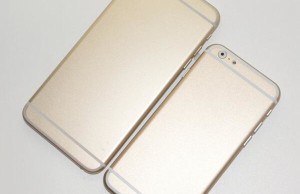 The images show what we have already seen about the iPhone 6, including the rounded case edges and larger form factors. Apple is expected to release the 4.7-inch iPhone 6 around September of 2014, while the 5.5-inch version may come later.

These images can be fake, but lately a lot of these similar photos have been circulating the web, and they were welcomely met by many iPhone users, which means that even Apple should realize that it’s time to produce a larger retina display screen that can satisfy its users.

The iPhone 6 is rumored to be shipped in September, according to some reports.