You are here: GeekSays Technology News » General » People Lining Up at Apple Stores 20 Days Before The iPhone 5S Launch

There is no shortage of Apple / iPhone fan boys, while we are two weeks away from the iPhone 5S and iPhone 5C public launch in the market. It is reported that some people have already start camping in front of Apple Stores to get their hands on the latest iPhone 5S and iPhone 5C device before anyone during the first round of launch. Apple is even four days away from the public announcement of next-generation iPhone 5S in the market, but public-seekers are really interested to camp out in front of Apple Stores in New York. 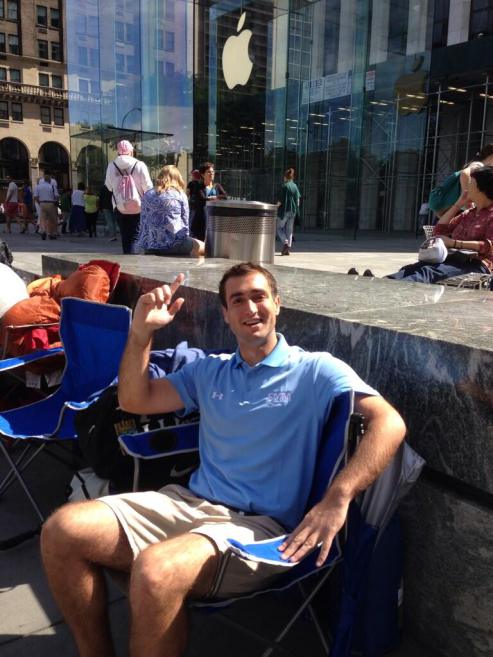 Earlier this morning, we were receiving updates from numerous users around the area that they are seeing a huge amount of people in front of Apple’s Fifth Avenue Apple Store in New York. Apple Stores are already famous for camping out, and this is not the first time we have seen people camping out at Apple Store to get their hands first on the device. Well, the people at their local Apple Store will be the very first users who will be getting their hands on iPhone 5S, and iPhone 5C this month.

Both iPhone 5C, and iPhone 5S will also be offered via pre-ordering at partner carrier’s website, or a specific page online. We will be reporting everything here about the upcoming trends at local Apple Stores around the world.