Apple has released the OS X 10.9.1 update for Mac machines via the Mac App Store. The update is available to download for free in the Mac App Store. The update carries numerous bug fixes, and improvements to overall performance of OS X 10.9 running machines. The OS X 10.9.1 update brings major fixes for Mail application with improved support for Gmail, and as well as other improvements to sort the emails in the application. 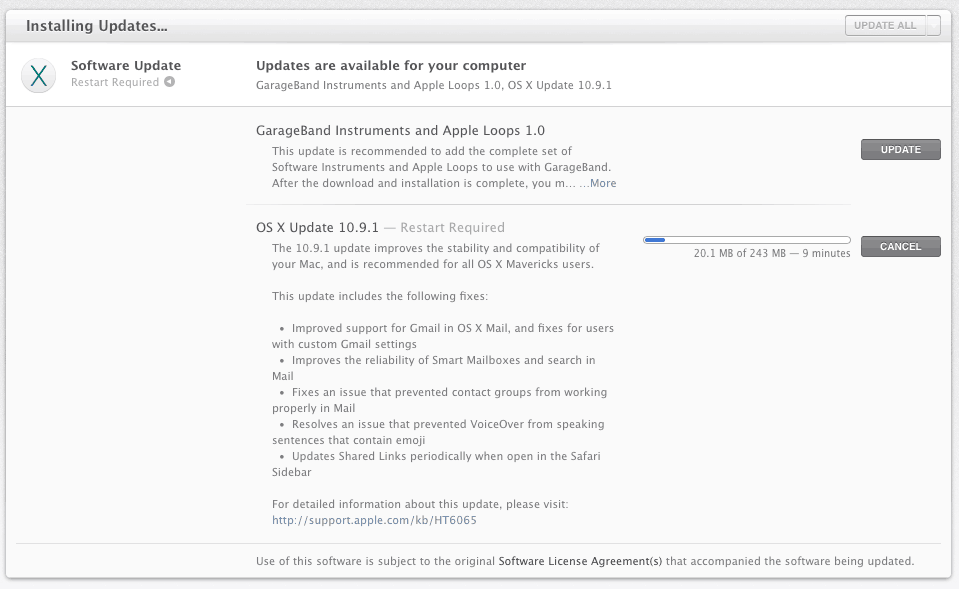 The update is also said to fixes the VoiceOver issues that prevented several sentences with emoji characters from being read in the OS X 10.9.

The 10.9.1 update improves the stability and compatibility of your Mac.

This update includes the following fixes:
• Improved support for Gmail in OS X Mail, and fixes for users with custom Gmail settings
• Improves the reliability of Smart Mailboxes and search in Mail
• Fixes an issue that prevented contact groups from working properly in Mail
• Resolves an issue that prevented VoiceOver from speaking sentences that contain emoji
• Updates Shared Links periodically when open in the Safari Sidebar