You are here: GeekSays Technology News » Android » Oppo R7 could be the slimmest smartphone on the market

It’s not a secret anymore that manufacturers are trying to make their smartphones as slim as possible, because after all, that little device you’re carrying around everyday has already became a fashion statement. And you want a model which, besides having top specs, also looks good, right?

One of these models will be the Oppo R7, which is expected to make its debut soon, but until the Chinese manufacturer decides to officially introduce it, we will go through some of its most important aspects, revealed by a certification from the Indonesian Telecom Certification authority. 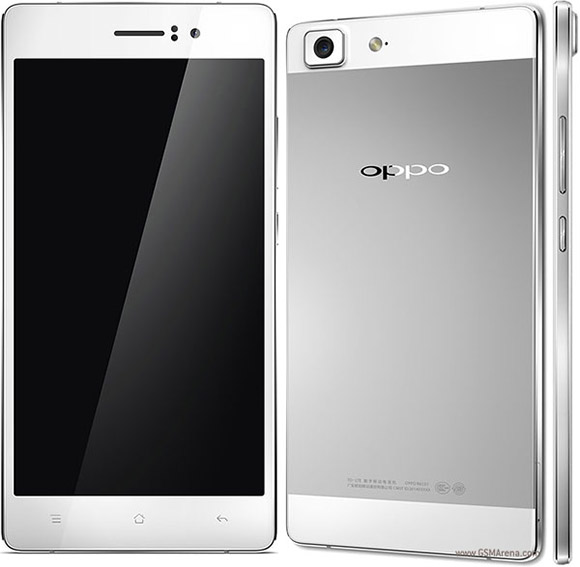 According to GSM Arena, the Oppo R7 will measure just 4.85 mm in thickness and it should be release later this year. Of course, the first question that came into our minds after hearing all these dimensions are about the battery capacity. In most cases, this aspect is sacrificed, in order to obtain a design as slim as possible, so we’re very curious if it’s going to be better than the 2000 mAh power pack seen on the previous Oppo R5.

On the other side, it seems that the handset will pack some serious horsepower under the hood, as it will be powered by the new 64-bit MediaTek MT6795 chipset, with eight-cores, clocked at 2.2 GHz.

Too much pixels are not battery-friendly

Even though the display size is not yet mentioned, we expect the Oppo R7 to have a 5″ panel, with a 1080p resolution. Even though the chipset is able to deal with resolutions up to 2560 x 1600 pixels, it’s hard to believe that the battery will be powerful enough in order to deal with such numbers.

For the moment, these are the only details we know about this ultra-slim handset, but make sure we will be back on this topic, as soon as anything new emerges.

What do you think about the Oppo R7? Would you buy such a thin phone?