When it comes to the OnePlus Two, there’s no doubt that it’s one of the most expected smartphones of the year, but it seems that Mr. Carl Pei and his team are testing our patience, since they keep making announcements, but none of them is actually related to the launch of the handset.

A few days ago, a teaser image with a partially erased OnePlus One, alongside the text “Time to change” was posted online. Since the erased part hinted like the phone was about to be re-drawn, using a pencil, we were almost convinced that it was pointing to OnePlus Two’s launch. 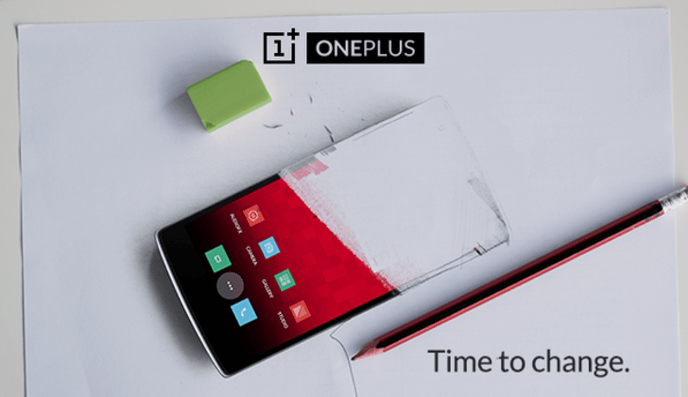 Still, our excitement lasted just for a few days. According to Phone Arena, the company’s CEO claims in an interview that the image is just introducing some price cuts for the two existing models, starting with the 1st of June.

Even though Mr. Pei admitted that this doesn’t have anything to do with OnePlus Two’s launch, it’s pretty clear that they want to clear up the stocks, right before the new model makes its debut.

Most rumors are pointing to an event scheduled for the third quarter of the year, but this could mean anytime from July to September. Also, we’re very curious to see if in the end, the OnePlus Two will be available through the same invite system as its predecessor was, even though this was blamed by fans. If this system will indeed return, they should at least send a lot more invites in the beginning.

So, how many of you are interested in buying the upcoming OnePlus Two? How much would you pay for the handset?