You are here: GeekSays Technology News » Android » OnePlus One, available without an invite from now on

This weekend we were talking about a big OnePlus announcement, scheduled for today. Of course, we were hoping that the Chinese manufacturer will unveil the OnePlus Two, but this time we were wrong. Still, they revealed a pretty nice surprise for anybody who is looking forward to purchasing the One, their first smartphone.

According to the company’s blog, this week marks one year since their first phone, OnePlus One, was announced. In order to celebrate, everybody who wants to buy the phone, can get it without an invite! 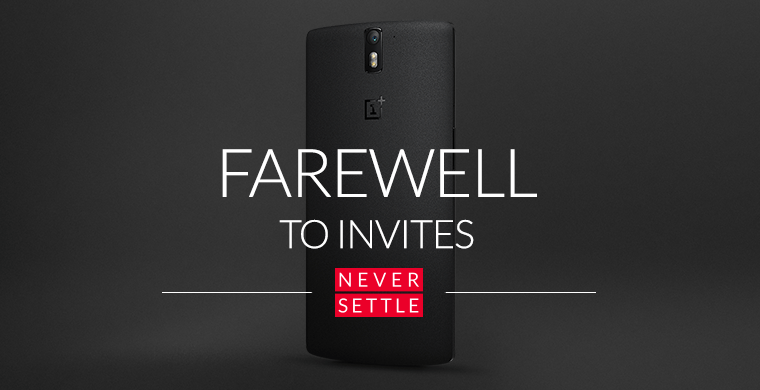 And the offer won’t be available just for a limited time, like they did a few times in the past, as the sale are completely open for buyers from the United States, Canada, Europe, Hong Kong and Taiwan.

Also, anybody who will place an order for the OnePlus One in the first 24 hours will benefit from a 75 percent discount on flip covers and screen protectors.

Of course, it’s obvious that this is just a way through which OnePlus wants to clear out any stock of the One before the OnePlus Two makes its debut, scheduled for the third quarter of the year, according to the latest rumors.

The current handset, despite being one year old, it’s still a very potent device. It’s powered by a Snapdragon 801 processor, 3 GB of RAM and the storage capacity counts 16 or 64 GB. Also, it comes with a beefy 3100 mAh battery and a 16 MP rear-mounted camera.

Of course, the biggest attraction point of the OnePlus One is the price tag, of just $299.

So, if you’re looking for a new phone, this could be the perfect deal! If you’re quick enough, you can also get a nice flip cover and a screen protector.