You are here: GeekSays Technology News » General » OnePlus 3 Vs OnePlus 2, Which One To Buy?

OnePlus 3 is already out in the market which came along with a premium look and hardy body. Even though One Plus, the name is not that popular in the Smartphone world, but the company is known for delivering a quality built product that looks finest and is as solid as solid as possible which is highly noticeable in the all metal design OnePlus 3. The company has started selling their flagship device in the US and Europe in June 14th while India and China got it in 15th June. With this, many users are still in dilemma and can’t decide which set is better between the OnePlus 2, OnePlus 3 and which one to buy to be benefited.

Here is a clear description of both the devices so that users can go for the winner one.

Starting with the display, both the device sports same size screen of 5.5 inch having 1920 x 1080 resolution but OnePlus 2 sports a LTPS LCD FHD display while the other one have FHD Optic AMOLED display which provide much better color contrast. 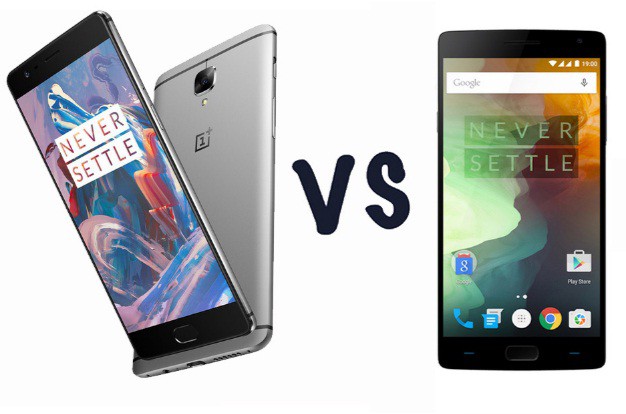 Of course there is difference in the price and OnePlus 3 will cost you around $399 while the other one is priced at $299. But finally it can be said that OnePlus 3 win the game no doubt with its higher specification and improved performance.