You are here: GeekSays Technology News » Google » ‘OK Google’ is no longer available on desktops

Those times when voice assistants were a futuristic feature are gone for long, since after being introduced on smartphones, they were also introduced on browsers. And by this, we’re referring to Google Chrome, which allowed users to use the ‘OK Google’ command in order to make searches and take advantage of a lot of the features smartphones have, through Google Now.

No more ‘OK Google’ since Chrome 46 is live

Yes, ‘allowed’, as after the release of this week’s Chrome 46 update, the browser lost the ability to trigger a search, using a voice command, according to Forbes. ‘OK Google’ won’t be available on the desktop version of the Chrome browser, no matter if you’re using Windows, Mac OS X or Linux. 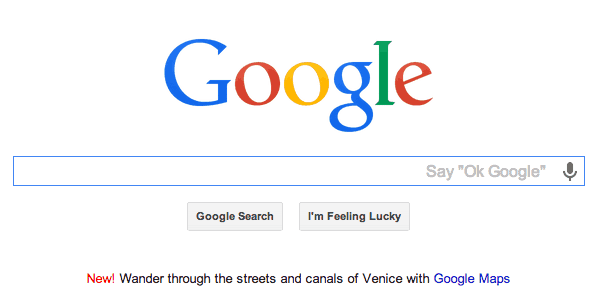 Of course, there’s an exception to this. If you own a Chromebook, running Chrome OS, you will still be able to use ‘OK Google’. But, as the same source mentions, there’s a good part in this. Your PC won’t start a search when your using the command on your smartphone or even when a commercial comes on TV, saying ‘OK Google’.

If for some users this might be even shocking, we don’t think that it will have such impact, since most Chrome users don’t use the feature that often. Most of them used it just a few times, in order to see how it works.

Besides this, let’s not forget that the new Windows 10 is becoming very popular and ‘Hey Cortana’ seems a way better option, doing more than just a simple online search.

As for ‘OK Google’, as long as it’s still present on smartphone, we’re not that affected about Google removing it from its desktop browser.

Any thoughts on this? How often where you using the voice command on your desktop?