You are here: GeekSays Technology News » Android » Oh my, look at those bezels! First leak with the Meizu MX4

It less likely for you to hear about Meizu if you don’t leave in Asia, but this manufacturer definitely needs more attention. Their latest flagship, the MX3, was launched in September 2013 and it packed some serious processing power. Still, being a Chinese brand didn’t got him much attention. But that’s about to change…

As we were saying, it’s been almost a year and it’s time for a new flagship, called, you’ll never guess it, Meizu Mx4. And this device will have…actually, just take a look at its front panel: 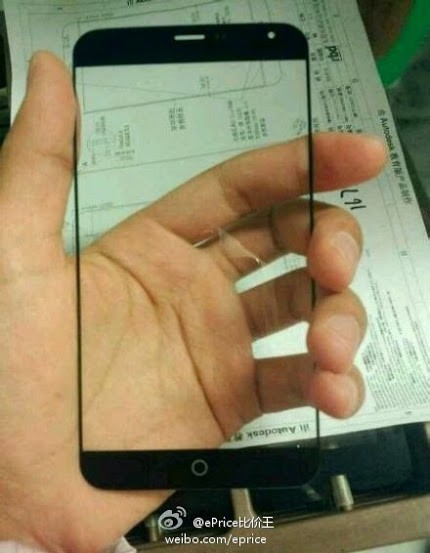 Apparently, this phone is going to have some of the thinnest bezels we’ve ever seen, 1.1 mm to be more specific, surrounding a 5.1″ or bigger display.

The specs won’t be bad either. A Snapdragon 805 quad-core CPU will power the whole thing, alongside 3 GB of RAM, running Android (probably 4.4) while a 13 and 5 MP camera duo will be in charge of taking snapshots.

The Meizu MX4 is expected to be launched in August in China, and, most likely, a few months after it will also hit the U.S. market. We don’t know anything about the price, but since we’re talking about a Chinese smartphone, you should be able without breaking a bank.

Personally, I’d love to at least test it a bit, and see how a screen with such tiny bezels looks like. What about you guys? Any Chinese phones fans around here?