You are here: GeekSays Technology News » General » Nokia Ozo is the VR camera that brings them back in the game!

Fans all over the world are waiting for the Finish manufacturer to announce their first smartphone after their deal with Microsoft will be done, but there are at least a few months left until this will happen.

Still, this doesn’t mean that they aren’t working at some very interesting projects, like the Nokia Ozo, a camera which marks their entrance on one of the most promising markets of the moment: virtual reality.

Ready to conquer the VR market!

This week, during an event held in downtown Los Angeles, the Nokia Ozo VR camera was unveiled. It has a spherical design, with eight cameras and eight microphones, while a rectangle holds the battery and the hard drive. 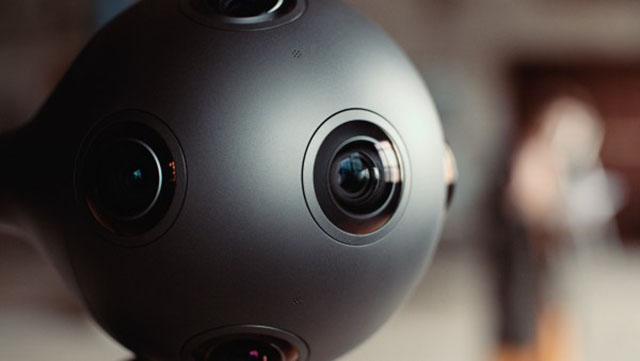 Users wearing special headsets will be able to watch almost 360 degrees of a filmed or animated scene, according to Top Tech News, creating a great immersive environment.

Also, Nokia Ozo was introduced as the first high-quality device designed for shooting virtual reality cinema, being aimed at professionals, who want to create movies using it.

When asked about a consumer version, Ramzi Haidamus, president of Nokia Technologies, declined to give more details, as he said that they want to perfect the camera, after learning from leaders on Hollywood.

Still, he didn’t exclude this, mentioning that once the Nokia Ozo is improved, they will make an announcement regarding any plans about a version for every tech fan.

Does this mean that we will see more VR from Nokia?

Finally, the same Mr. Haidamus claims that virtual reality represented 1/3 of Nokia’s relaunch strategy, as besides this, they’re also working at their long-awaited return on the smartphone market.

The plan is to license its brand to other companies, alongside licensing thousands of patents.

As for the third…well, third of the relaunch strategy, we don’t have any details yet, but it shouldn’t be long until more details will be revealed.

What do you think about the Nokia Ozo camera? Would you buy one, if they were to launch a consumer version?