Even though it’s not yet available on the market, we’ve seen a picture with something new about the Moto 360 each day lately. In today’s news: the wireless charger.

We did expect something similar to the LG G Watch, since both of them are running Android Wear, but it seems that the guys from Motorola wanted to take everything to a whole new level.

A set of leaked images show the back of the Moto 360, covered with a circle, while the charger itself…well, it’s spectacular, being different than everything we saw until now. Take a look for yourselves! 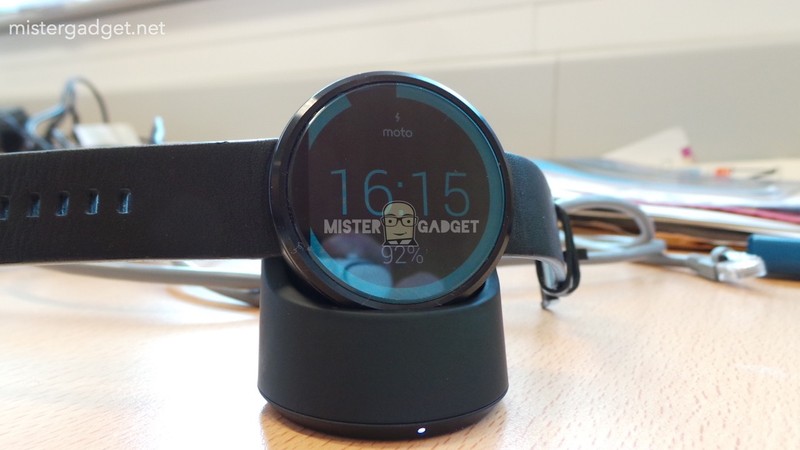 It appears to be some kind of docking station, holding the Moto 360 with the face pointing outwards, so you can easily look at it while charging and also check the battery status, thanks to a circle surrounding the face of the watch. Oh yeah, and the cable is plugged in round the back.

If until a few days ago we had some doubts regarding the material that’s been used for making the Moto 360, now it’s pretty clear that the smartwatch is made entirely out of stainless still.

But there’s still one important thing we’d like to know about this device: When, but when, will it hit the shelves? Please, Motorola…make this happen as soon as possible!