Lately, it seems that everybody is focusing on Android Wear smartwatches. And we don’t see why, since there are some great ones on the market, like Motorola’s Moto 360. Of course, this will change a bit when the Apple Watch will be available too, but until then, let’s focus a bit on something that can easily be considered one of the best smartwatches on the market, if not the best.

Is Pebble Steel the perfect smartwatch?

We’re talking about the Pebble Steel, a reasonably priced device, whose main advantage is that it works with both iPhones and Android smartphones, being part of a small category. For just $199, you will get an incredible build quality, represented by the always-on LCD display, attached to a steel bracelet, suitable for various looks and styles. 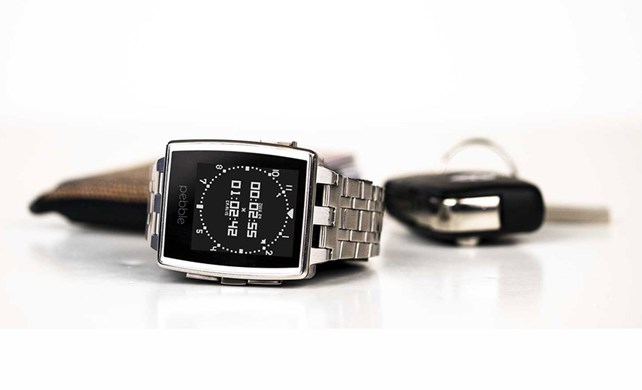 Pebble Steel is just perfect for checking the notifications from your phone and, if you’re an iOS user, you can dismiss them without even touching the phone, a feature that most smartwatch users are looking for.

Another big advantage of this tiny little guy is that it lasts five to seven days after charging it, according to Tom’s Guide, scoring way more endurance points that the rest of its competitors.

The number of apps for the Pebble Steel is growing constantly and since 2013, when the first model was introduced, an app store was launched, from where you can get custom watchfaces, which come with integrated functions, like check in on Foursquare or even buying stuff.

And that’s not all, as you can use your Pebble smartwatch to control the music player on your phone or as a fitness companion, using it to count the steps you’re taking in a day.

So, what do you say? Will you give this guy a chance? We guarantee you won’t regret it.