It was announced by Apple last Thursday that the first week of 2015 has been a bestselling week in the App Store. Indeed, half a billion US Dollars has been spent on various App Store apps and in-app purchases. The biggest sales were made on New Year’s Day itself. It is believed that this is because there were various sales on, and because customers will have been given gift cards over the Christmas period.

However, the sales were still well above the levels they have been on the same day in previous years. Indeed, Apple has expressed true pride in the innovation and creativity of the apps that have been developed. The community itself has now been able to earn over $25 billion. 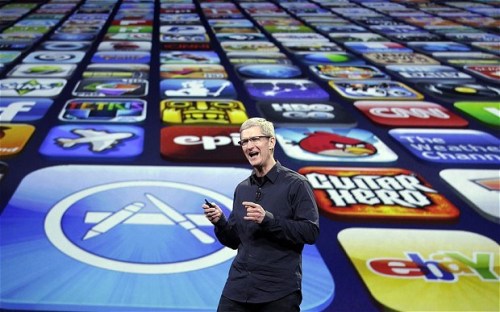 Additionally, it now appears that 2014 itself was a record breaking year. Sales rose by 50%, and apps were able to generate a developers’ revenue of $10 billion. The sale of games and apps has now accumulated to $25 billion.

Apple has also launched a brand new website, which shows the amount of jobs that have been created through them. Apparently, in the U.S. alone, there have been around a million new jobs. Apple is also proud of its philanthropic efforts, such as the $20 million donation to fight AIDS. Indeed, since it partnered up with (RED), over $100 million has been donated to worthy causes.

Based on all of the data that has been presented so far, 2014 was definitely a great year for Apple and we’re sure that they will be able to do even better over in the current year of 2015. By following some of the predictions that we went ahead and outlined earlier, chances are that Apple will gain even more success and be able to help even more people from all around the world.

What do you think about Apple’s philanthropic efforts? Do you believe that the company should advertise it a little bit more as an effort to encourage more and more people to give to charities and make the world become a better place? Let us know your thoughts in the comment section below.