You are here: GeekSays Technology News » Apple » iPad News » New renderings of the iPad Pro and its stylus are here

As the rumoured iPad Pro gets closer and closer to launch, we still do not have an exact picture of hat the presumed device will actually end up looking like. However, thanks to the help of designers from all around the world who have taken all of the rumours and put things into their own hands, we can actually see a couple of interesting renderings depicting what the iPad Pro will actually look like.

For example, recently, a well-known designer known by the name of Martin Hajek has created a couple of pictures featuring the iPad Pro together with its smart stylus. The renderings include most of the details which have been leaked so far including the size of the screen, the fact that it will have a stylus, the existence and unique design of the home button and more, all with the scope of creating some renderings that are as close to the way that the device will look once it is released. 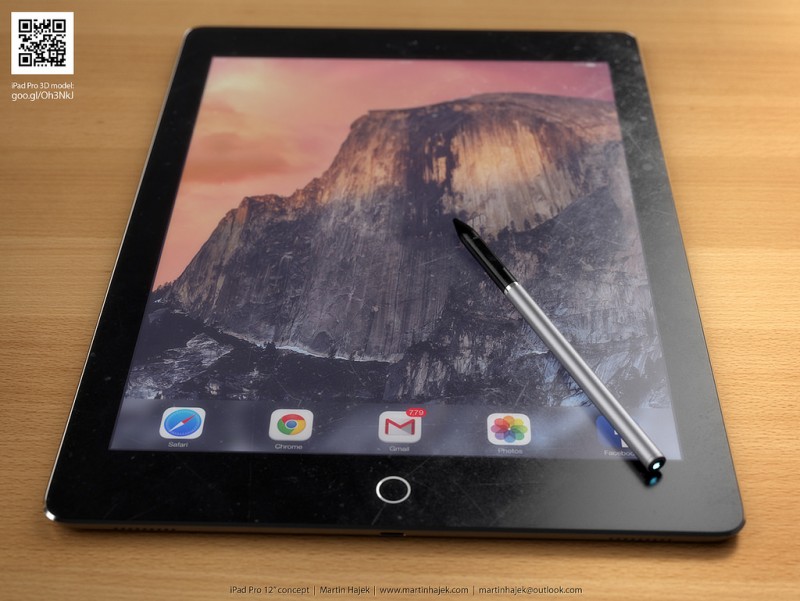 One thing that is really exciting apart from the look of the iPad Pro is its stylus which has not really been in the media spotlight, mostly due to the fact that it has not yet been considered a device of a big importance. Well, things are probably about to chance as reports also indicate that the stylus will have some smart functions. Additionally, the renderings created by the designer also show an Apple logo at the top of the stylus which is illuminated as a design effort. 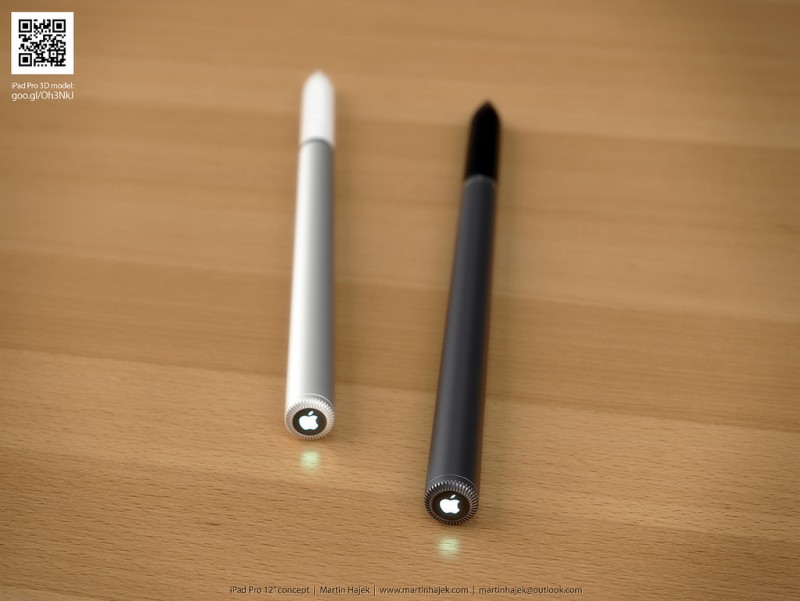 Based on the images and everything that has been outlined so far, what do you think about the probable look of the iPad Pro and its stylus accessory? Let us know your thoughts in the comment section below.