Lately, there was a lot of buzz around Qualcomm chipsets, mostly because there were some rumors about the Snapdragon 810 facing heating issues, reason why Samsung ditched it for their own Exynos as the ‘core’ of the Galaxy S6.

But in the end, a name like Qualcomm doesn’t rely just on their high-end product, as entry-level and mid-range chipsets are also registering a spectacular growth. 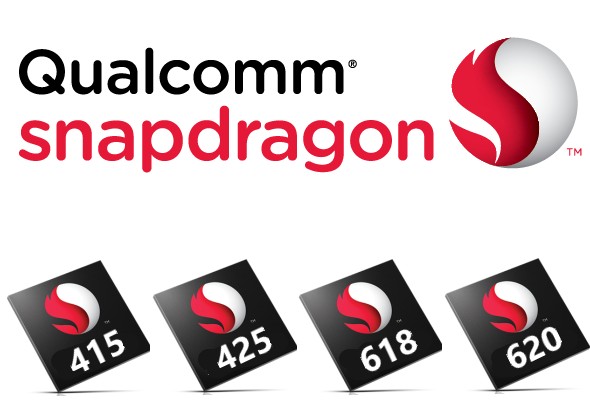 Feeling that some of their main competitors, like MediaTek or Allwinner are also getting pretty good at making chips, mostly low-cost models, Qualcomm decided that it’s time to strike back!

To be more specific, a new line of affordable silicon, at budget-friendly prices, was just released. The new Qualcomm chipsets, Snapdragon 415, 425, 618 and 620 are all about bringing the latest technologies to cheaper smartphones, according to Extreme Tech.

The first two models, from the entry-level tier, 415 and 425, are using eight Cortex A53 cores. Also, they have 64-bit support, a new, more powerful Adreno 405 GPU and they’re based on the 28nm manufacturing technology. Expect some pretty beefy cheap smartphones powered by these new Qualcomm chipsets.

Fastest chipset of the moment?

Moving on, the 600-models are packing a bit more power than the previous 610 and 615 chips. Quad-core seems like a thing of the past, that’s why the Snapdragon 618 will use a hexa-core setup, with two Cortex A72 cores and four A53 ones, alongside. a “next-generation Adreno GPU”. On the other side, the Snapdragon 620 has a octa-core configuration, with two extra Cortex A72 cores. Rumors say that the latter could be the fastest silicon yet launched by Qualcomm.

Both of them are 64-bit, using the big.LITTLE configuration and are built using the 28 nm process.

For the moment, we can only wait to see which manufacturer will be the first one to use the new Qualcomm chipsets (definitely not Samsung, if you ask us).