You are here: GeekSays Technology News » Apple » New Lightning Cable to cut charging times into half

Charging cables are honestly a pain, especially when someone needs to quickly charge up a mobile device. Along the years, countless improvements have been made to the cables which are being used in order to reduce charging times. However, the time it takes for an Apple device to charge up is still significantly slow when compared to the competition.

In order to grant a better view of the problem, it is worth stating that a couple of Android devices such as the Samsung Galaxy S5 feature 3.0 cables, which means that they can easily get charged up a little bit faster. For example, an S5 charges up to around 50% in less than 50 minutes, which is a great feature. Well, in order to make sure that Apple doesn’t stay behind this standard regardless of its use of cables, a company known by the name of SONICable has recently released a new charging capable with the Lightning port which, as the company behind it claims, can cut charging times into half. 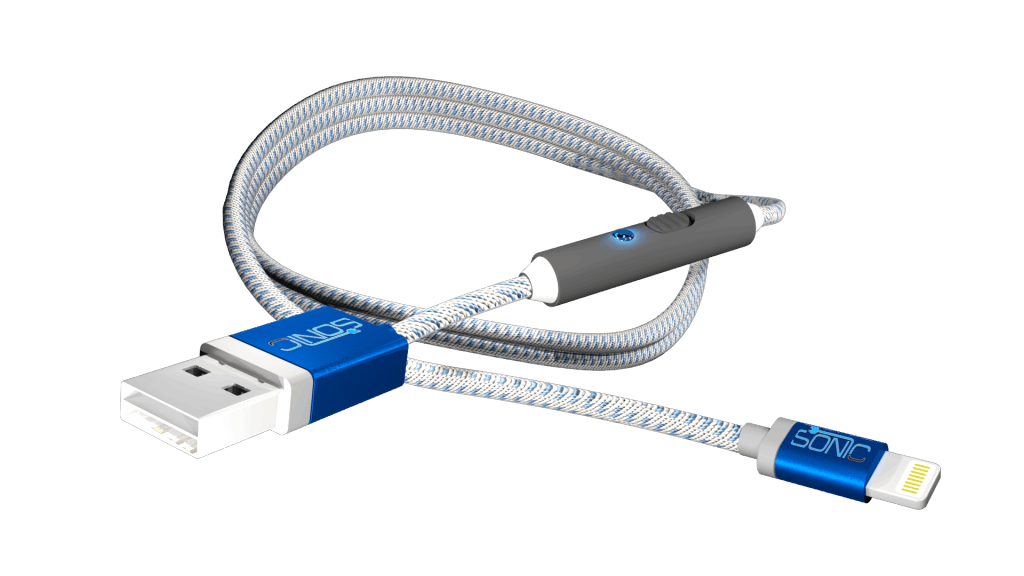 Additionally, the capable has another exciting feature which pretty much makes it the world’s first smart iPhone charging cable. To be more exact, users have the possibility to flip a switch that changes the cable from being a normal USB cable, to the super charging cable. With this in mind, when the switch is flipped over on ON, all of the resources focus on charging up the device, while ignoring the data transfer feature that it also offers. The device also has a dual-sided USB entrance which allows users to plug it in easier and not worry about not getting it right the first time, especially when it is dark in the room.

Another factor which is worth stating is that its price is quite good when compared to the competition as well. With this in mind, the device will be offered on the marketplace at only $20, instead of $100 like some have initially speculated.

Based on everything that has been outline so far, what do you personally think about the SONICable charging device? Will it actually cut iPhone charging times in half? Let us know your thoughts in the comment section below.