You are here: GeekSays Technology News » Android » New leaks – The Meizu MX4 will be more than impressive!

A few weeks ago we saw a leaked picture with what seemed to be the front panel of the Meizu MX4, the Chinese manufacturer’s flagship. And why lie, those incredibly thin bezels made us want to find out even more details about this smartphone.

Today, another leak popped out. A screenshot, showing the camera’s user interface give us some information about the resolution. Yeah, you guessed it, it’s QHD. 1536 x 2502, to be more specific. Still, take this with a pinch of salt, as, according to GSMArena, the source of the information, the screenshot couldn’t be found in full resolution, so all this could be just a rumor. 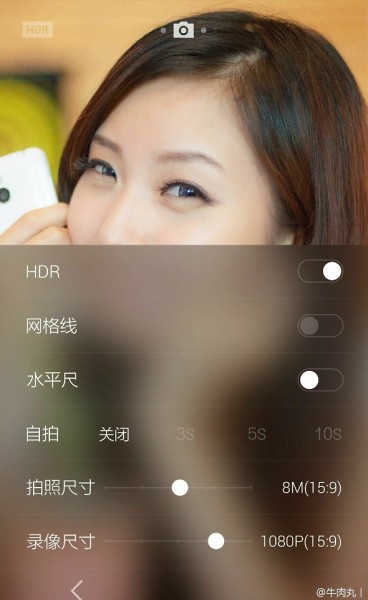 Anyway, it’s very possible for the Meizu to come with a resolution higher than 1080p, as the camera seems to be able to record videos at more than 1080p, so that’s a serious hint!

The Meizu MX4 is set to be released on the 2nd of September, and, alongside the possible QHD display, it will come with an octa-core Exynos CPU, 3 GB of RAM, a 5.4″ display and a 20.7 Sony-made camera. As for the price, the tag will indicate something around $400.

What do you guys think? With a little more marketing, could the Meizu MX4 be a real contender to the big boys from the smartphone market?