A large number of our developers have got their hands on iOS 7 beta 1 earlier this morning, which allowed us to exclusively cover the latest features of iOS 7 beta 1. We are already exploring iOS 7 with our developer’s team to discover more and more about the upcoming features that were not advertised during iOS 7 developer launch at WWDC 2013 Keynote. We have already reported that iOS 7 Clock application brings animation to icon that allows the application icon to provide real time to Spring Board. Well, iOS 7 does not ends on icon animations. It brings a number of new features for developers, and we will cover all latest iOS 7 features. 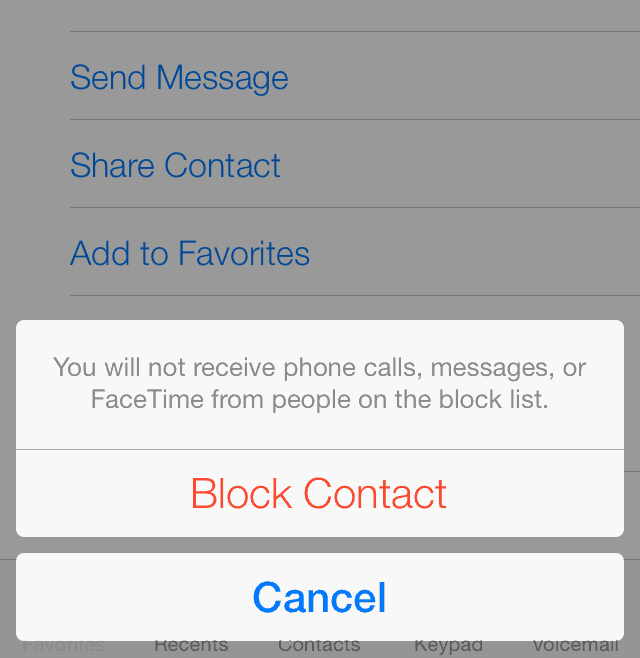 It is reported that Apple has introduced “blocking” feature in iOS 7 beta 1 that allows developer to block calls and messages from specific number and contact in their contact book. Call Blocking is one of the most demanded feature of iOS that was missing for a long time. Apple never provided such functionality in iOS, and last year introduced “Do Not Disturb” similar to it. However, the iOS 7 will bring a proper call blocking and message blocking service to iOS devices later this fall on public launch.

In the past, call blocking on iOS can be only achieved via Jailbreaking tweaks. But not anymore with iOS 7. Users can now block any contact on their iPhone and iPad device. The feature simply blocks contact from bugging you on any general service, or services like FaceTime and iMessages. The new call blocking feature can be achieved using iOS 7 Contacts application.

You can also “unblock” anyone on your iPhone by opening up the same contact detail card on default Phone application on your iPhone. You will find a button “Unblock this caller”.