What a few weeks ago was just a rumors is close to becoming a certainty. The first photo with what seems to be BlackBerry Venice, the Canadian manufacturer’s first Android-powered smartphone, was leaked today by infamous Twitter-based tipster, @evleaks.

Wait, this doesn’t look bad at all!

Of course, this is just a rendered image, but it’s enough to help us make an idea about what to expect from the handset. If you ask us, the manufacturer has all the resource required for making an excellent handset, so we’re really looking forward to seeing it. 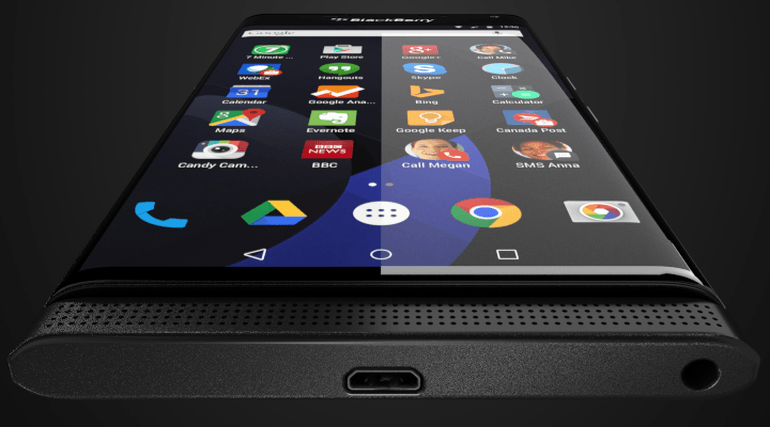 Even though the keyboard is not displayed and it looks like a regular touchscreen device, let’s not forget that during this year’s Mobile World Congress, an early prototype of the BlackBerry Venice was presented. And yes, it was a slider, also sporting a physical keyboard.

According to ZDNet , the could be an AT&T exclusive, but this wouldn’t be the first time BlackBerry and Google team up. As you probably know, current BB models offer support for Android apps, through Amazon’s Appstore, but a phone running a full version of Google’s OS is something totally new.

Spec-wise, the BlackBerry Venice will most likely come with a 5.4″ QHD display, while under the hood it will have the six-core Snapdragon 808 chipset, preferred by a lot of manufacturer lately. It could also feature 3 GB of RAM, a 5 MP front-facing camera and an 18 MP main sensor.

Besides this, there are some sources pointing to a dual-curved display, similar to the one seen on the Galaxy S6 Edge.

Finally, the phone will have a physical keyboard, mounted under the display, as it will be a slider, like mentioned above.

Currently, there’s nothing about the price or the launch date, but let’s have a bit of patience and wait for more details, as they will definitely keep coming.

Any first impressions about the BlackBerry Venice? Would you buy it?