You are here: GeekSays Technology News » Apple » iPhone News » More leaked photos of the iPhone 6 appear on the Internet

September 9th is less than a month away, so as each day passes, we get more and more information related to Apple’s iPhone 6. Most of this information comes from China, where iPhones are produced, but it seems that other people get their hands on it as well. 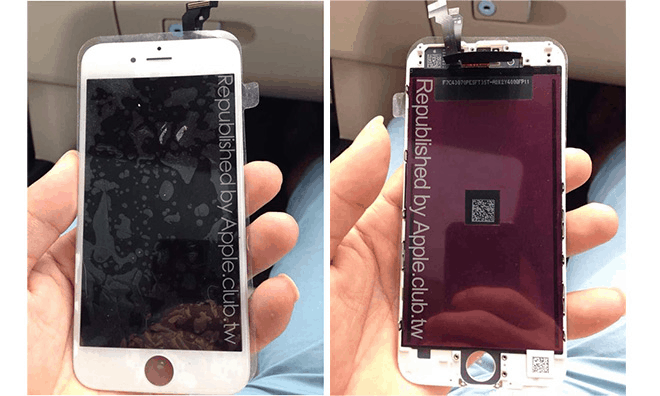 Anyway, a couple of new photos with what is alleged to be the iPhone 6’s front have appeared on the Internet. What makes them different is that some changes can also be seen. Leaving aside a display which looks bigger, we can also see some other of the phone’s components including a couple of flex cables, the cover glass and some of the structures needed for mounting.

Unfortunately, it can’t really be said whether the screen is simple gorilla glass or is made from sapphire glass. The difference would be quite enormous as a sapphire display would make the phone much less likely to get scratch and may even add some impact resistance.

All in all, chances are that these represent some of the best pictures of the actual iPhone 6 screens that many people from all around the world will get their hands on in a couple of weeks. As two versions of the new iPhone are expected, everyone will get a chance to have one regardless of their preferences.

Which interesting features would you like the new iPhone 6 to have? I personally would love it to be waterproof like the Galaxy S5 and also have NFC technology incorporated.