Since the iOS 7 Jailbreak released in public, we noticed many people encountered different errors and problems with their jailbroken devices and later came to know that MobileSubstrate package of Cydia is not compatible with iOS 7 running devices. Furthermore, it also does not support the ARM64 devices, which means iPhone 5s, iPad Air users are going to stay in dark even with jailbreaking their device. 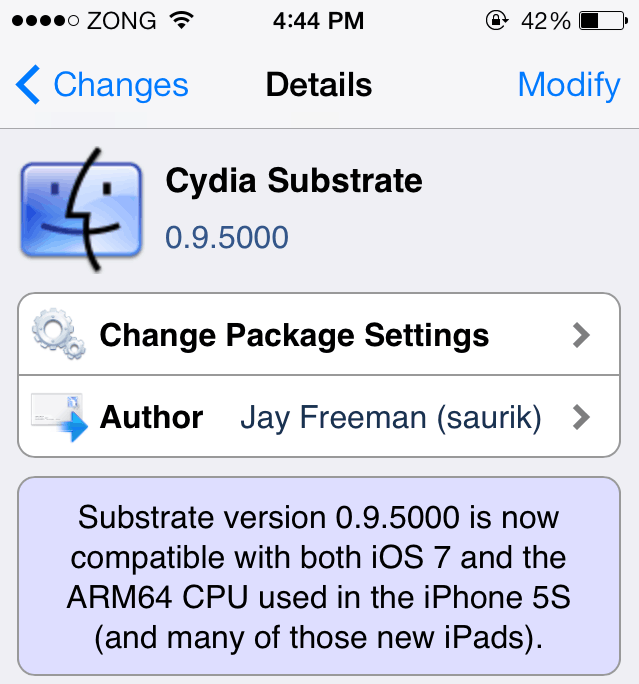 However, this morning we heard Saurik finally able to update MobileSubstrate package with iOS 7 and ARM64 support for evasi0n7 jailbreak users. In addition to the fixes, and compatibility Saurik opened the path for other developers to start updating their tweaks for iOS 7 Jailbroken devices.

MobileSubstrate update is now available in Cydia with name of “Cydia Substrate”, and you can download it on your iPhone / iPad / iPod Touch to make everything work on your jailbroken iOS device. The latest Cydia Substrate update for iOS 7 jailbreak devices will fix each and every tweak on your device, and make several non-functional tweak workable.

After the update of MobileSubstrate, now everything depends on third-party developers to update their tweaks quickly and bring support for all range of iOS devices, including ARM64 devices.