Today, Microsoft is going to unveil it’s the major update of its Windows OS under Satyam Nadella, the new CEO of the company. And this Windows 10 may win back the customers of mobile from Google and Apple.

You all must be excited to know the venue and other details about the unveiling of Windows 10. Well, Microsoft will reveal the Windows 10 OS at an event that will be held in Redmond, Washington. According to some analysts, the new system from Microsoft could be available for free; it’s a major change for the company as the most money Microsoft used to earn selling the operating system. 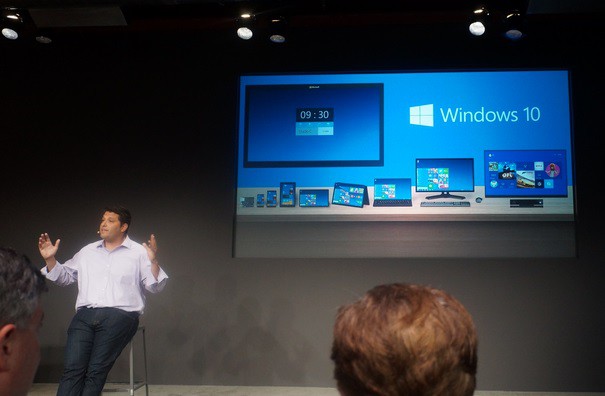 At the beginning when Microsoft launched the Windows OS, it had captured the computing market, but later its share has fallen because of the mobile devices. It is expected that people will buy more PCs this year than mobile devices running android OS.

The senior technology analyst at BCG partners, Colin Gillis said if the windows 10 gets success, the Microsoft will be the first company to offer same operating system that will work on PCs, tablets and mobiles, in all devices. It may put Microsoft ahead in the competition.

Last October, Microsoft launched a preview of the system for the business customers. It will replace the Windows 8 operating system which could not do well in the market. The company skipped the name Windows 9 and made it Windows 10 in order to bring a break from the past.

On windows 8, Microsoft focused on touch command to take on Google and Apple in mobile computing but people found it awkward. Now Windows 8 is being used on 10% PCs and 19% tablets. Microsoft launched an upgrade windows 8.1 but that also was scary.

However, the company has a history that after launching unpopular upgrade it launches popular operating systems. So, it could be same for Windows 10 also.