You are here: GeekSays Technology News » Microsoft » Microsoft unveils HoloLens, its own version of computer eyewear

We know that Google Glass could not do well in the market, but another company is going to launch its own version of computer glass. Yes, Microsoft will launch headgear, named HoloLens in the market.

On Wednesday (21 January) Microsoft revealed its latest operating system Windows 10 at an event happened in Washington. On that event, the company made a surprise announcement about HoloLens. This headgear is enabled with Windows 10 and it grabbed all the attention there. 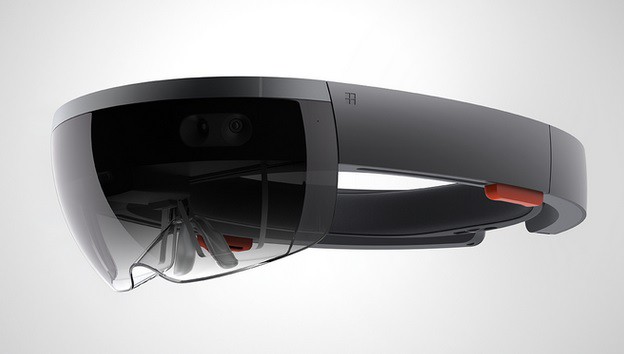 Satya Nadella, CEO of Microsoft described putting the headset to take a virtual walk on Mars. It was really weird. NASA’s Jet Propulsion Laboratory’s scientists are thinking to use the hologram based pictures beamed from the Curiosity rover to Earth in order to control the rover through their action in virtual space and also to stroll the planet in 3-dimensions from their offices in Pasadena.

According to Microsoft, many people can use this HoloLens including gamers, construction workers, doctors, and people who want to watch Netflix at the time of walking around. This headgear is not a new product in the market, it is similar to many other products those are in development. The Glass that Google had brought in the market had a small screen where different apps used to run. But HoloLens will give you immersive experiences. Google Glass also had a tiny camera but people did not take it positively, it was described as creepy. Lastly, Google announced that it has stopped producing the Glass, but also announced that the Glass will be back again after some changing and the company will re-launch it.

Microsoft’s HoloLens is not only a simple wearable computer, but this is a way to keep the Windows OS relevant as people are choosing mobile devices for most computing work which leaves the PC behind.

Nadella said that they want people to love Windows. The cordless HoloLens headgear will be available in the market at the same time as Windows 10.