Microsoft Corporation has brought back the Nokia brand name again in the beginning of 2015 though it was removed last year from Microsoft. This new series is Nokia 215 which allows access to internet connection.

This is the cheapest phone and available at only 29$. It is designed for children and people who are not familiar with the Smartphone. Also people looking for a phone that comes with social media services and provides entertainment are targeted to sell this Nokia 215. This has dual SIM facility and it’s a standard phone also. According to the VP J Harlow of Microsoft devices, you can enjoy the Facebook and Messenger in the new Nokia series. 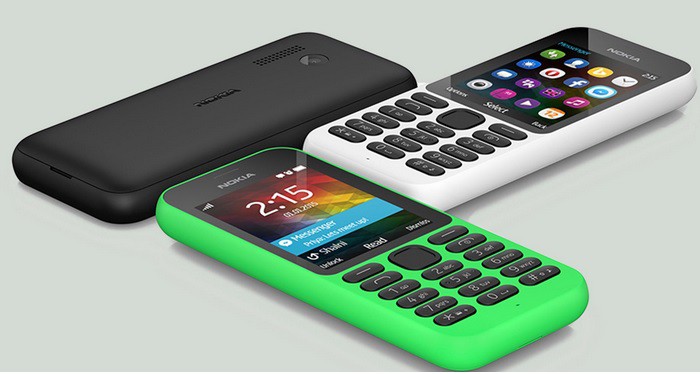 The Nokia 215 series does not include any office apps but it has incorporated several useful apps such as Facebook, Twitter, Opera Mini browser, Bing search etc. This 2G device is having a 2.4 inch LCD display, 8MB RAM, Bluetooth 3.0, FM radio, MP3, 0.3-megapixel front camera and supports microSD card up to 32 GB.

Microsoft did not use the Windows, android or iOS operating system rather it runs on energy saving series 30+ Operating system. The battery life is 11,000 mAH that is capable of delivering a talk time of 20 hours, music play of 50 hours and 45 hours FM radio. If you have a dual SIM facility then the phone can stand for 21 days while the standard phone have 29 days stand time.

This phone is expected to come to Africa, Europe, Asia in the first quarter of this financial year but there is no plan to release this phone in US right now. This Nokia 215 series is 116mm lengthy and 55 mm wide.

So this phone is quite good with various important features of Smartphone at just 29$.