During yesterday’s special event, Microsoft announced a couple of products that definitely impressed us, showing that they can build excellent hardware. One of them is Microsoft Band 2, a fitness bracelet built around the “less is more” principle.

While most similar products are packing a huge amount of features, some of them pretty useless – and we’re looking at some of Samsung’s models – the Microsoft Band 2 sticks to the essentials: tracking activity, smart notifications and of course, Cortana integration. As the folks over The Verge call it, it’s “a smartwatch that doesn’t want to be a smartwatch”.

Yes, it has a curved display!

Of course, one of the most important changes, compared to the previous generation, is the look. The wearable sports a very sleek design, with a curved, touch-sensitive OLED display, protected by Corning’s Gorilla Glass 3. Overall, it looks very good and we must admit that Microsoft did a great job. 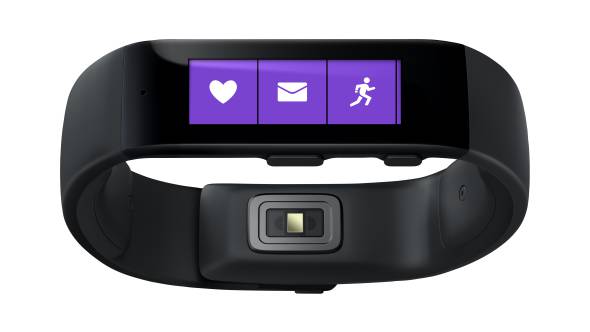 The display has a resolution of 320 x 128 pixels and it’s loaded with sensors, 10, to be more specific, able to track all your movements, no matter your current activity. A very important addition to the Microsoft Band 2 is the barometer, a feature that most the competition’s devices already have.

Thanks to the voice integration, it supports apps like Uber, Subway, Twitter or even Starbucks, so you pay for your coffee just by placing your wrist in front of NFC terminals.

Finally, let’s not forget about Microsoft’s virtual assistant, Cortana, which will be there to remind you that you’ve missed a workout or you’ve stayed too long on your chair.

The Microsoft Band 2 works with Windows Phone devices, alongside Android and iOS and it’s available for $249, $50 more than last year’s model. Still, it’s worth the difference, if you ask us.