You are here: GeekSays Technology News » Microsoft » Microsoft apps will soon be present on most tablets!

If until now everybody was terrified about preinstalled apps and did everything to get rid of them, future Android-powered tablet owners should be aware of the fact that their new devices will comes with even more apps.

In most cases, these preloaded apps are made by the manufacturer itself and introduced alongside the custom user interface they put on top of Android, but according to ZDNet, you will also deal with a set of Microsoft apps from now on. 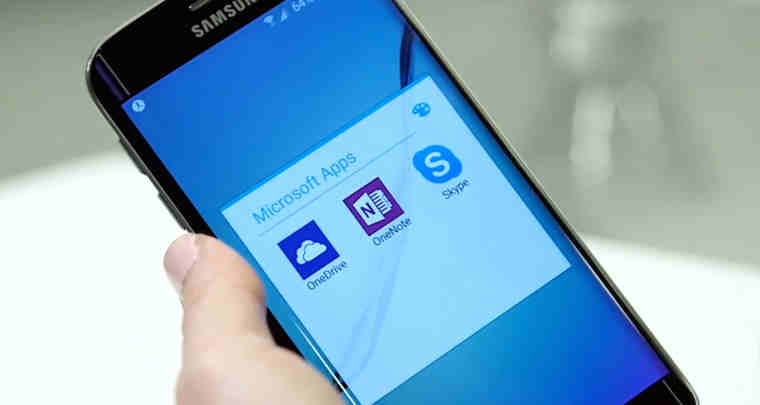 Apparently, the software giant expanded their newest partnership with Samsung and struck new deals with Dell and other manufacturers, so you will enjoy titles like OneNote, OneDrive, Skype or the Office suite straight out of the box.

This doesn’t come as a surprise for Samsung fans, as the South Korean manufacturer’s newest flagship, Galaxy S6, also comes with these Microsoft apps, alongside the other bloatware brought by TouchWiz. Still, it seems that you can actually remove these apps from the handset, so it’s very likely for us to be able to do the same thing on the upcoming tablets too.

How bad are these apps after all?

As for a personal point of view, this bundle of Microsoft apps is not that bad, as Skype is one of the most useful apps for a smartphone. Also, Office is definitely one of the best set of document editing apps, but hey, in the end it’s all about the user’s preference.

Besides Samsung and Dell, Microsoft has also partnered with other less known original equipment manufacturers, like Germany-based TrekStor, JP Sa Couto from Portugal, Datamatic from Italy and a few more. The above-mentioned source states that these companies will also used the apps on their upcoming devices.

What do you think about this idea? If your phone had a suite of Microsoft apps, would you actually use them?