You are here: GeekSays Technology News » Smartwatch News » Meet the new Breitling B55 Connected, a not so smart watch

Recently, it seems that almost everybody is making a smartwatch, even though they don’t have a lot of experience in doing this. Well, let’s put it like this: this manufacturer has a very impressive background in making regular watches, but when it comes to adding that ‘smart’ part, they still have a lot of work to do.

Breitling has joined the game

The Breitling B55 Connected is the Swiss manufacturer first attempt at making a smartwatch, joining Tag Heuer in a very select club, but the difference is that the latter has just announced their partnership with Intel and Google, while Breitling…well, their device will soon be available. 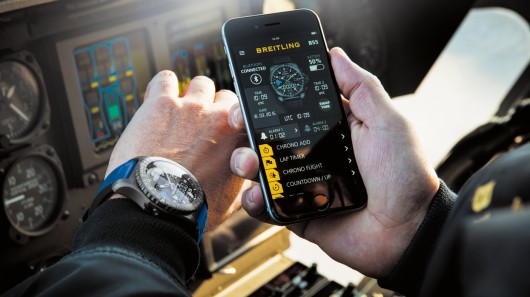 Still, don’t get too excited about this, as the Breitling B55 Connected is lacking some of the most important feature of a smartwatch: a touchscreen or a notification system. Ok, so what’s the purpose of it then?

Despite not having the above mentioned features, you can still connect it to a smartphone via Bluetooth and use the Breitling app, available for both iOS and Android, revealing why we’re still considering a smartwatch.

To be more specific, the app can be used for setting the hour on the Breitling B55 Connected, set alarms or switch between different timezones. Also, the timepiece can ring or vibrate, in order to remind you of a meeting. And that’s pretty much it.

Being different than a classic wrist watch, the Breitling B55 Connected is build using a B50 superquartz mechanism. And last but not least, since this brand is strongly related to aviation, you can measure the duration of a flight.

We don’t know yet when it will be available, but according to After Dawn, it won’t come for cheap, as it will have a price tag of $7,500, But hey, it’s cheaper than the golden Apple Watch!