While everybody is expecting to see top notch smartphones this week, as CES 2015 will start, Microsoft is focusing on entry-level devices, which everybody can afford. Today, they introduced the Nokia 215, the cheapest device they ever made, but being able to connect to the Internet! 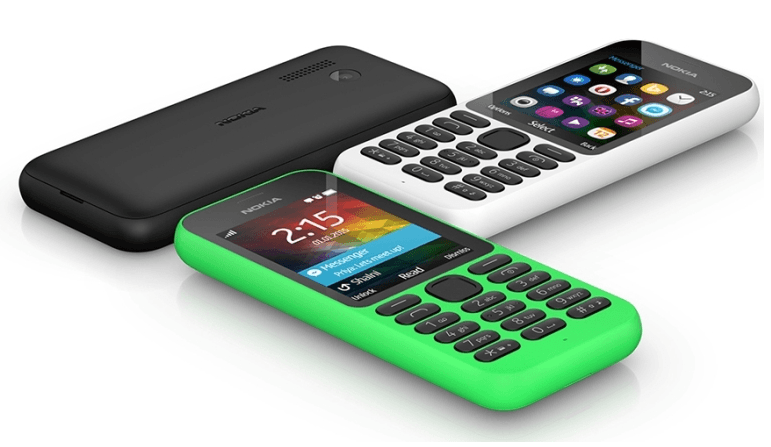 Wait, a Nokia launched by Microsoft?

Of course, we were very surprised after seeing that they’re still using the Nokia brand, despite ditching it a few months ago, but this has a logical explanation: their top notch smartphones will carry the Microsoft branding, while feature phones will still be known as Nokia.

Nokia 215 (could this be a slight reference to 2015?) is a member of Microsoft’s Series 30+ feature phone line, according to ZDNet, and except the color scheme, from which we can’t ignore the bright green, nothing reminds us of the more powerful Lumia handsets.

You get what you pay for

And even though this is a feature phone, we should mention some of its features, like the 2.4″ QVGA LCD display, with a resolution of 320 x 240 pixels, 8 MB of RAM and a 0.3 front facing camera. It also has microSD card support for up to 32 GB, Bluetoothm FM radio and a couple of pre-installed apps, like Facebook, Messenger, Bing Search or Opera Mini Browser. Hey, it costs just $29, what more could you ask for?

But the best feature of the Nokia 215 is the battery, which can last up to 29 days in stand-by for the single SIM model and 21 for the dual SIM one.

It’s obvious that this handset is aimed to developing markets, especially countries from Africa, Asia, the Middle East and even Europe.

Personally, I’d definitely get this as a second phone as it has everything I want: huge battery life and a compact design. What about you guys, would you buy a Nokia 215?