Until now, chances are that you have heard about Google’s Project Ara, which is basically a module based phone that works by connecting a couple of different modules, each one with a dedicated feature. Well, the smartwatch market may get to see a similar device thanks to the idea that Blocks, the first modular smartwatch is in the works.

After starting off as a Kickstarter project, it seems like Blocks is gaining more and more market and that we may be actually able to see the device in action quite soon. In order to give out a better view on the module based device concept, each module can be connected with another with the purpose of granting a device a larger number of features. 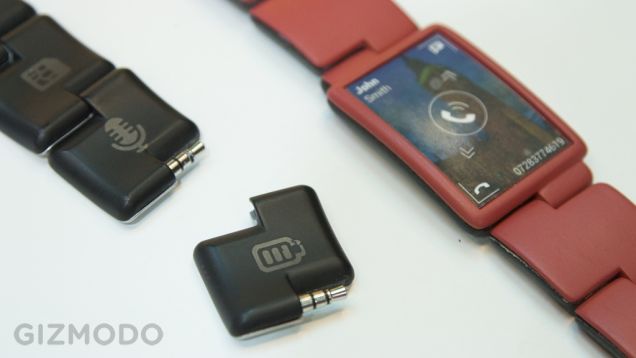 With what has been outlined so far in mind, it is worth stating that for example, users can get access to an incredibly large battery life by linking a larger number of battery modules together. As each module consists of around 100 mAh of battery power, each battery module linked to the core module will bring in anywhere between half a day to a day of battery life.

Together with the battery modules, Blocks, the first modular smartwatch will also have modules designed with other functions in mind such as a GPS, heart rate monitor, microphone, NFC technology or a tray for the SIM in order to allow calls in the case that the device is not connected to a phone.

As in for the price of this smartwatch, the core module will most probably come in at the price of $150, with the ability to purchase more modules, each in the price range of $20-40, or the full package over at $330. An interesting thing which is worth pointing out is the fact that in the case that you do not want a larger number of modules, you can easily use the dummy blocks included in the initial smartwatch package, which makes the device incredibly affordable despite of the idea that is behind it.

While it may be a while before this actually comes in commercially, it is important to remember that the idea is here and the smartwatch is currently in the works. Based on everything that has been outline so far, what do you think about the first module based smartwatch so far? Let us know your thoughts in the comment section below.