After a couple of months of waiting and seeing teasers, the BlackBerry Passport was finally introduced. The Canadian manufacturer’s flagship is by far one of the most weirdest smartphones on the market, mostly due to its shape. Yep, these guys just released a combination between a square display and a tiny keyboard, both of them surrounded by a metallic trim.

Even though it’s their top device, it’s a bit far from what other current flagships are sporting under the hood. BlackBerry Passport is powered by a quad-core Snapdragon 801 CPU, clocked at 2.2 GHz, 3 GB of RAM and 32 gigs of storage, expandable, while the camera department consists in a 13 MP rear-mounter snapper. 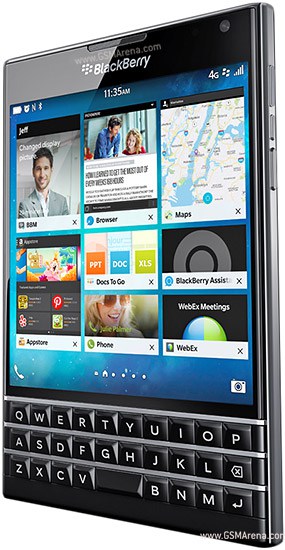 The 4.5″ display has a resolution of 1440 x 1400 pixels, resulting a density of 453 pixels per inch, while Corning’s Gorilla Glass 3 makes sure the first shock won’t crack it.

According to TechRadar, the main advantage of the BlackBerry Passport is that it’s able to incorporate 60 characters in a line, while a regular-shaped display has space just for 40 of them.

It’s less likely that this phone will be a hit, but there’s no doubt that hardcore BlackBerry fans will adore it, mostly because its incorporated physical keyboard and the generous display.